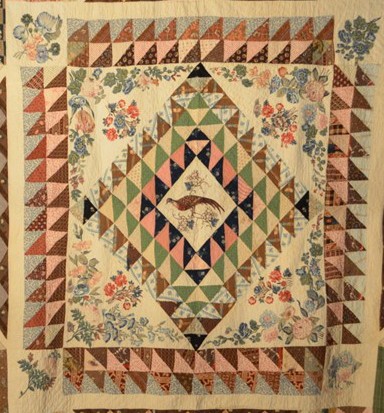 As I continue to work on my quilt, Birds of Di Ford Hall, I’m continuing to explore reproduction fabric. However, in the world of fabric production that definition (a textile that is copied or reproduced with the appearance of an earlier time) can be a little deceiving. Once mass production of fabric printing began instead of hand painted, reproduction fabric followed quickly behind. 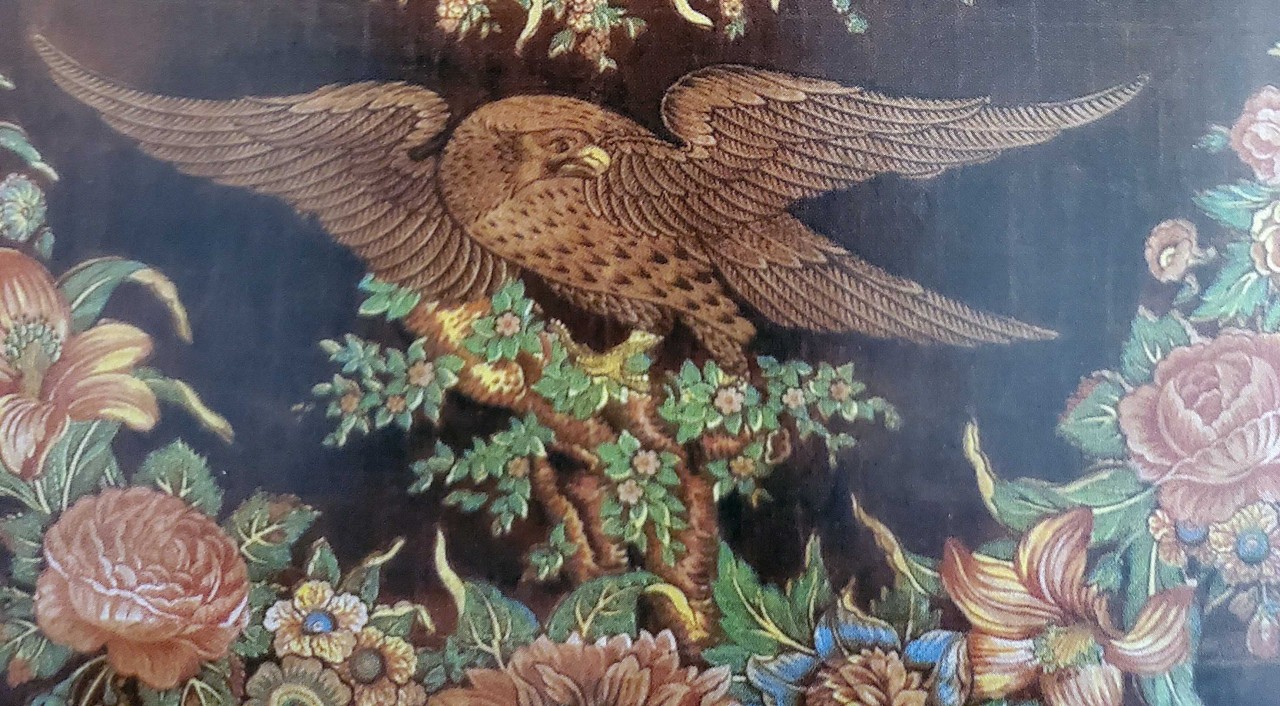 As printing techniques advanced, some early reproduction still used similar images, but changed the background adding texture instead of a plain ground. The location could be changed, placing the bird in a wreath instead of a floral spray. It can be that the reproduction fabric changed the scale of the bird. The original bird may have had a wingspan of 19 inches, which is now down to 6 inches. 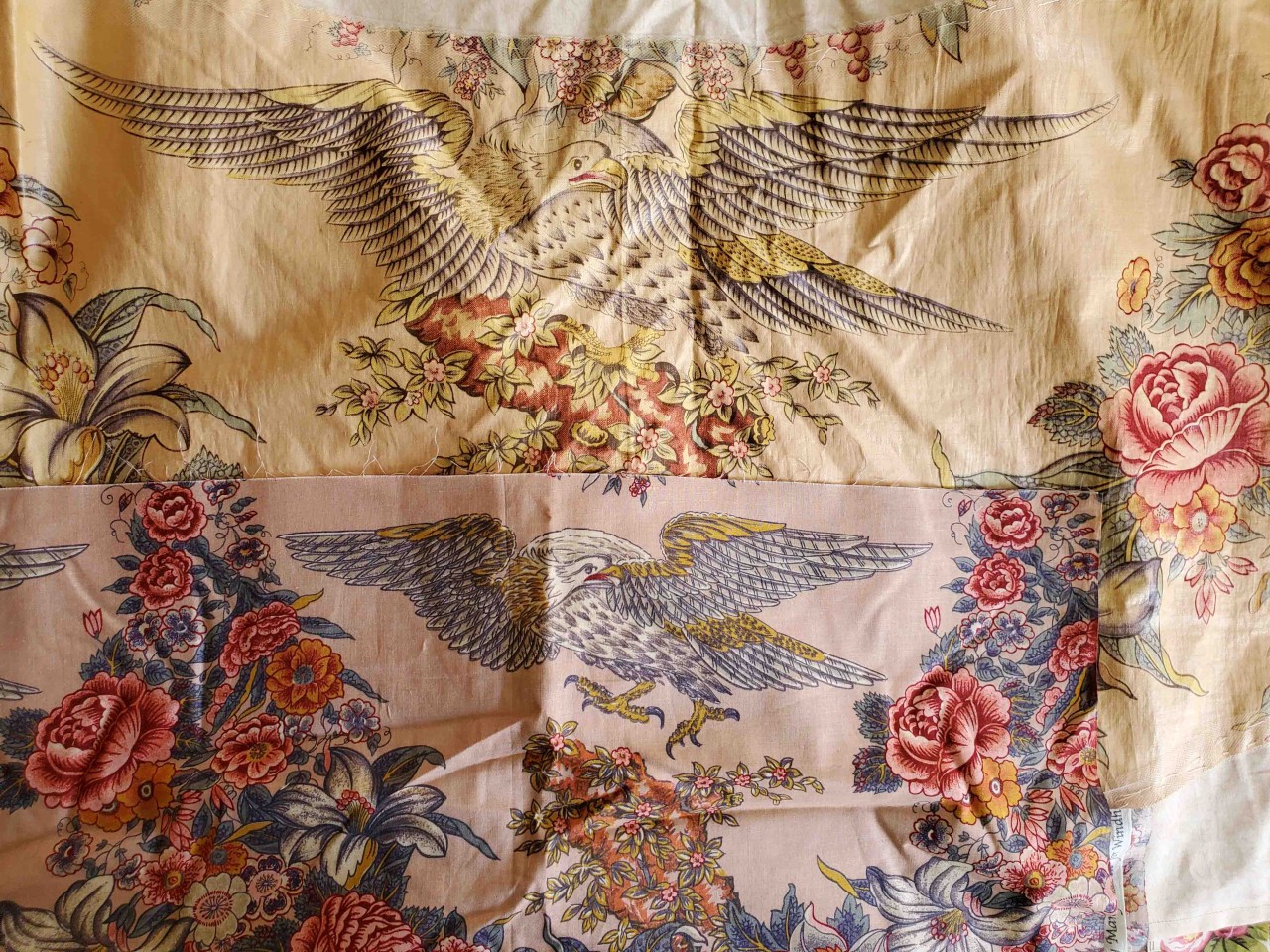 The color itself may have been updated to reflect modern day tastes or as in 19th century offer a different colorway of a previously successful fabric. This allowed the printer to use the same plate but bring out new fabric for the season. Occasionally the same plate was used by different printers because of a sale of the business or death of the printer. Knowing which of these changes were made and by whom will help date the textile more accurately, instead of assuming the fabric is all from the same time period. 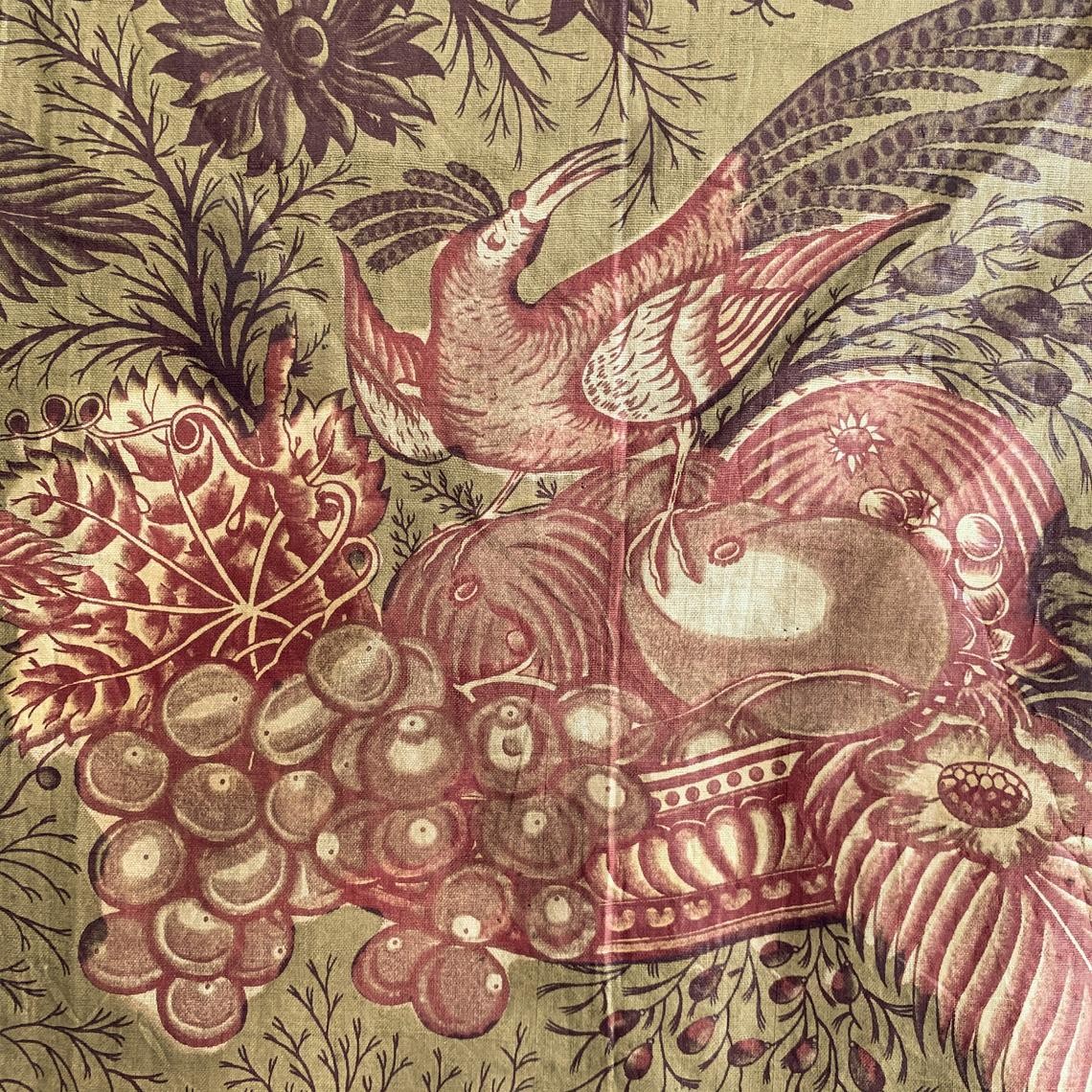 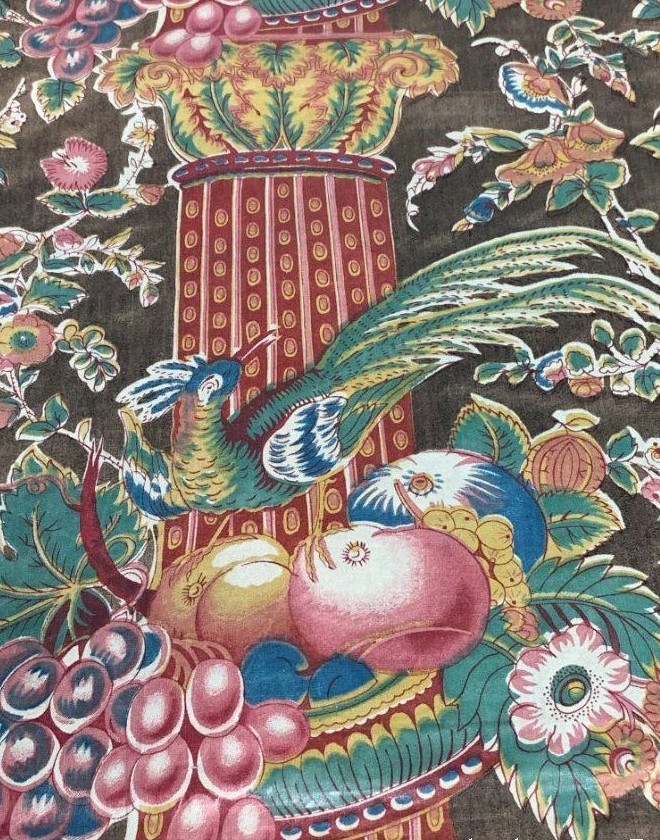