A Tisket a Tasket, A Bird and Fruit Filled Basket 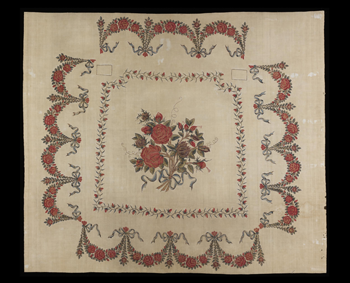 These printed panels came to be known as center medallions and were quickly adopted by quilters as the perfect center of the quilt. Approximately 200 antique quilts used these different medallions with a variety of frames and piecing. But the panels eventually became more than just the centerpiece, with some quilts using as many as 10 or more panels.

One well known panel called the Fruit Basket Medallion or Basket of Fruit has been documented in approximately 40 British and American quilts. It was a favorite of American quilt designer Achsah Goodwin Wilkins as documented by Dr. William Rush Dunton, Jr. in his books on Old Quilts. It has also become a favorite of Kay’s and mine, hence the reason we decided to reproduce the panel and make it available to modern day quilters. 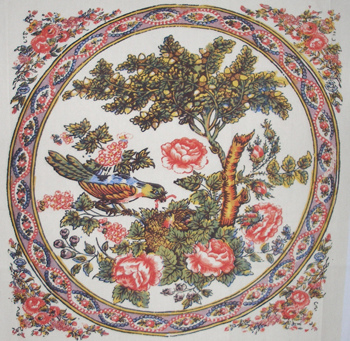 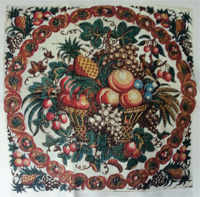 Printed Panels for Chintz Quilts: Their Origin and Use, Merikay Waldvogel, Uncoverings Volume 34 of the Research Papers of the American Quilt Study Group