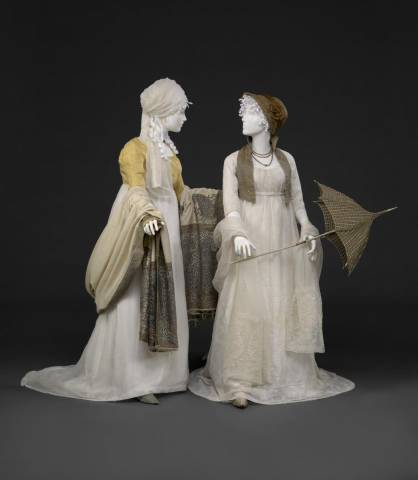 According to the amazing costume designer Edith Head, “You can have anything you want in life if you dress for it.” The brand new American colonists were trying to figure out what they wanted in life and what the fashion of the new country was going to be. A satirical newspaper article first appearing in the 1760’s and republished for many years even after the revolution asked the question “What is Fashion?” The answer of course was, “an agreeable tyrant” an oxymoron if ever there was. 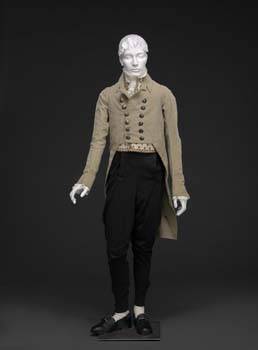 Thus the title of the current exhibition was born: “An Agreeable Tyrant: Fashion After the Revolution.” The exhibition running through April 29, 2017 examines fashion for both men and women from 1780 to 1825. For those familiar with the Daughters of the American Revolution building, this exhibition will have a surprise for you. It doesn’t take place in the Museum Gallery, but instead the more than 50 costumed mannequins are spread throughout period rooms on four floors. This format gives you the opportunity to see other home décor from the period, including this very interesting quilt. 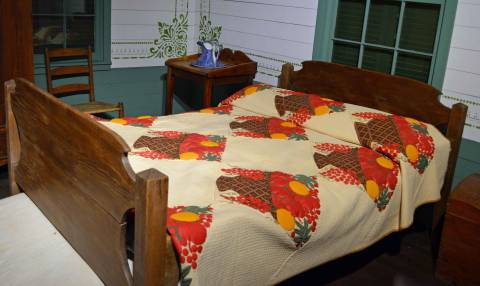 There is an attempt to place the costumes in the rooms decorated in about the same time frame. So if you follow the trail, you will see the clothes in chronological order. In several cases the mannequins are displayed in an arrangement to suggest that an event is taking place and you are catching a glimpse. On another note, I was very pleased to see “homespun” garments included in the exhibition, as these fashions are sometimes ignored or left out entirely. The homespun coat featured has a fashionable cut and was probably worn by John Gilbert of Georgia in about 1805-10. 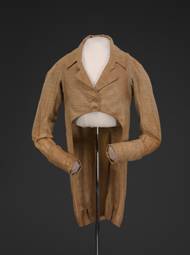 The DAR is also offering two upcoming events in conjunction with the exhibition. On March 24, food, live music and hard cider will be offered as “An Agreeable Evening.” It is the opening event for “An Agreeable Symposium” with presentations about subjects related to the exhibition. For more information about these events, simply follow the link. This will be our last article about our recent adventures in D.C. which means it must be time for a new adventure. Not to worry, there is always another adventure just around the corner! 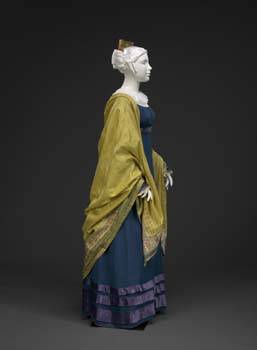