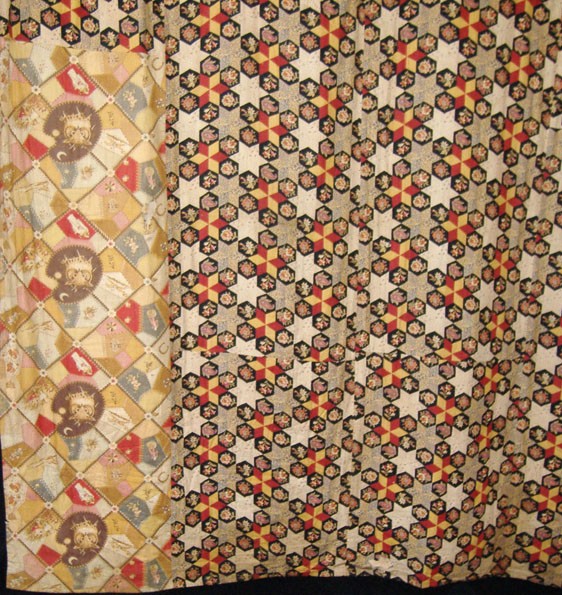 It seems like many textile people have a strong feeling about printed patchwork, they either love it and collect it or they hate it and consider it a cheat way to make a quilt. Hence the nickname of cheater cloth which according to Barbara Brackman was used for the first time in print in 1910 by “America’s Textile Reporter.” In 1929 Ruth Finley’s “Old Patchwork Quilts” book refers to this style of fabric as Faux Patchwork and Geometrical Chintz, a term still in use at the Winterthur Museum. 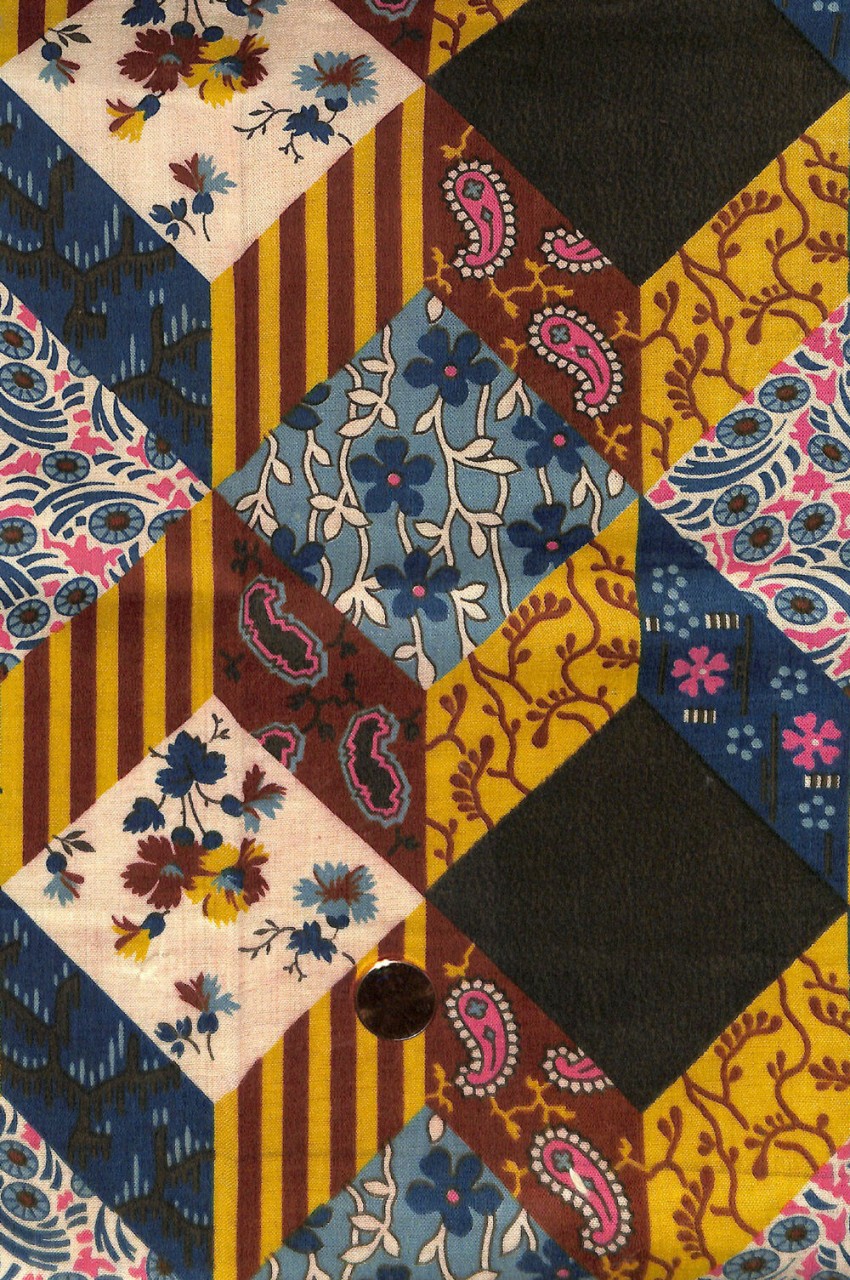 Surprisingly “patchwork prints” the phrase used in the 19th century ads has been around since the mid-18th century, according to Deborah E. Kraak’s paper in Uncoverings.While the “pretend patchwork” seems to have been popular in the 1830s-1840s, the Centennial Exposition of 1876 caused an explosion in the printed patchwork. During this period, multiple newspaper ads selling the printed patchwork cloth can be found. 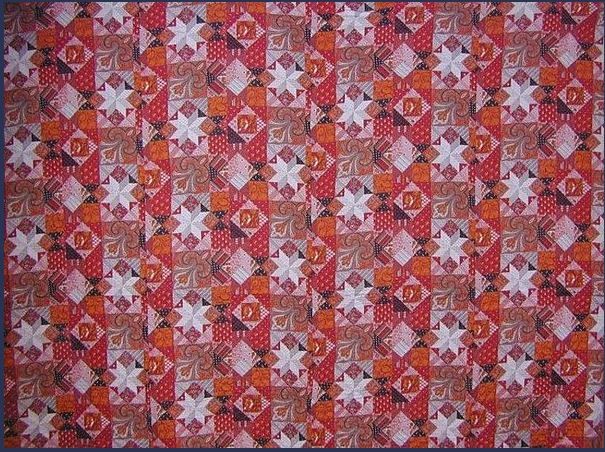 In fact, one of the most popular textile printing companies of the time, The Cocheco Manufacturing Company created a patchwork print for the Centennial Exposition. This print was so popular that variations of the print were issued in later years with an eight-pointed star #6931 in 1878 (instead of the Centennial four-pointed star), and the same design with the same number in a different colorway in 1881. 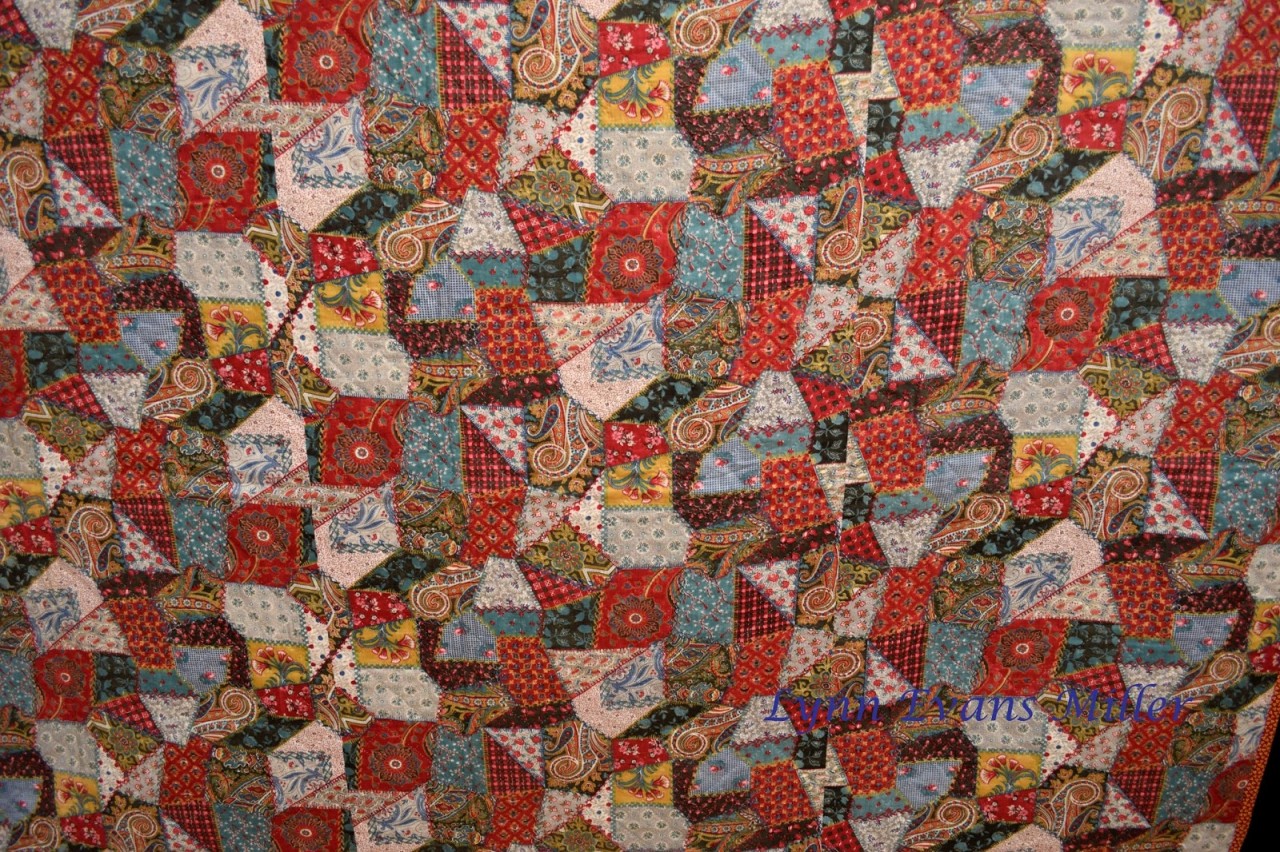 The Centennial Exposition is also considered the event that inspired the crazy quilt fad. So, it is not a surprise that a printed patchwork for a crazy quilt was also created and printed. Opera and books were also the theme of several of the printed patchworks, as well as our favorite animals. The cheater cloths continue to be popular enough to cause reproductions of these fabrics to be made and available now. Are you a love it or hate it person? 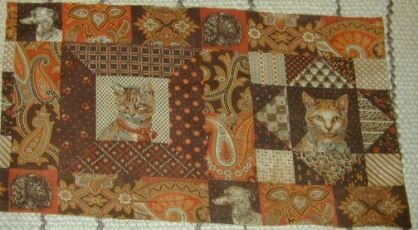