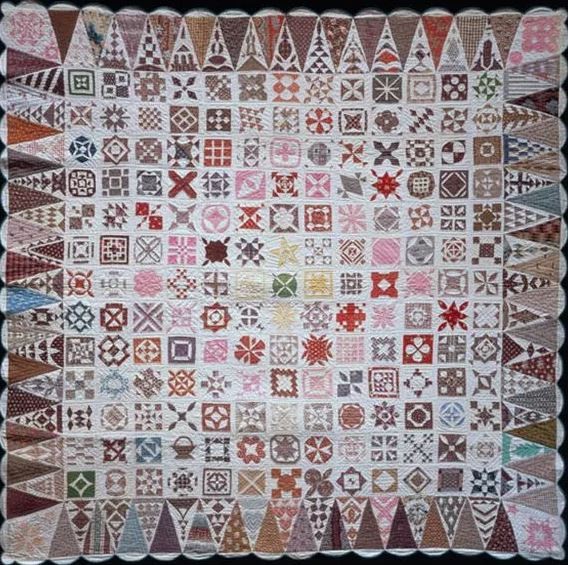 Jane A. Blakely was born is Shaftsbury, Vermont on April 8, 1817 to Erastus and Sarah Blakely. In 1844, she married Walter P. Stickle in October 1844, and having no children of her own, the couple later assumed responsibility for three children. Sadly she became bedridden, but to “kill the time” she began to piece the quilt. 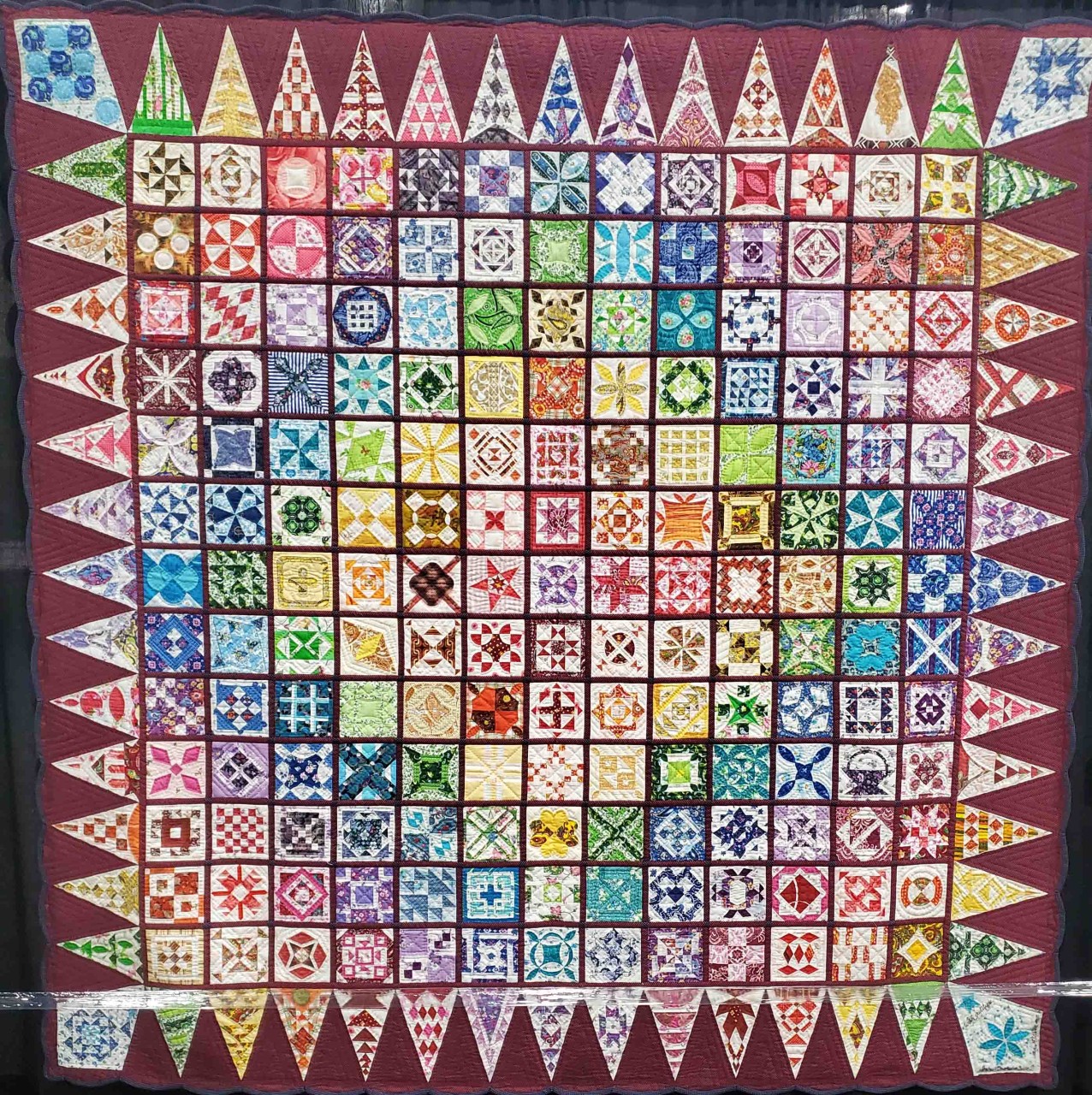 The quilt features 169 five x five blocks with a border of triangles and a scalloped edge. In one corner it is inked “In War Time. 1863” “Pieces 5602” and stitched in black thread over the ink “Jane A. Stickle.” The initials “SB” cross stitched in the center led to the presumption that is backed by an old linen sheet from her mother Sarah Blakely. 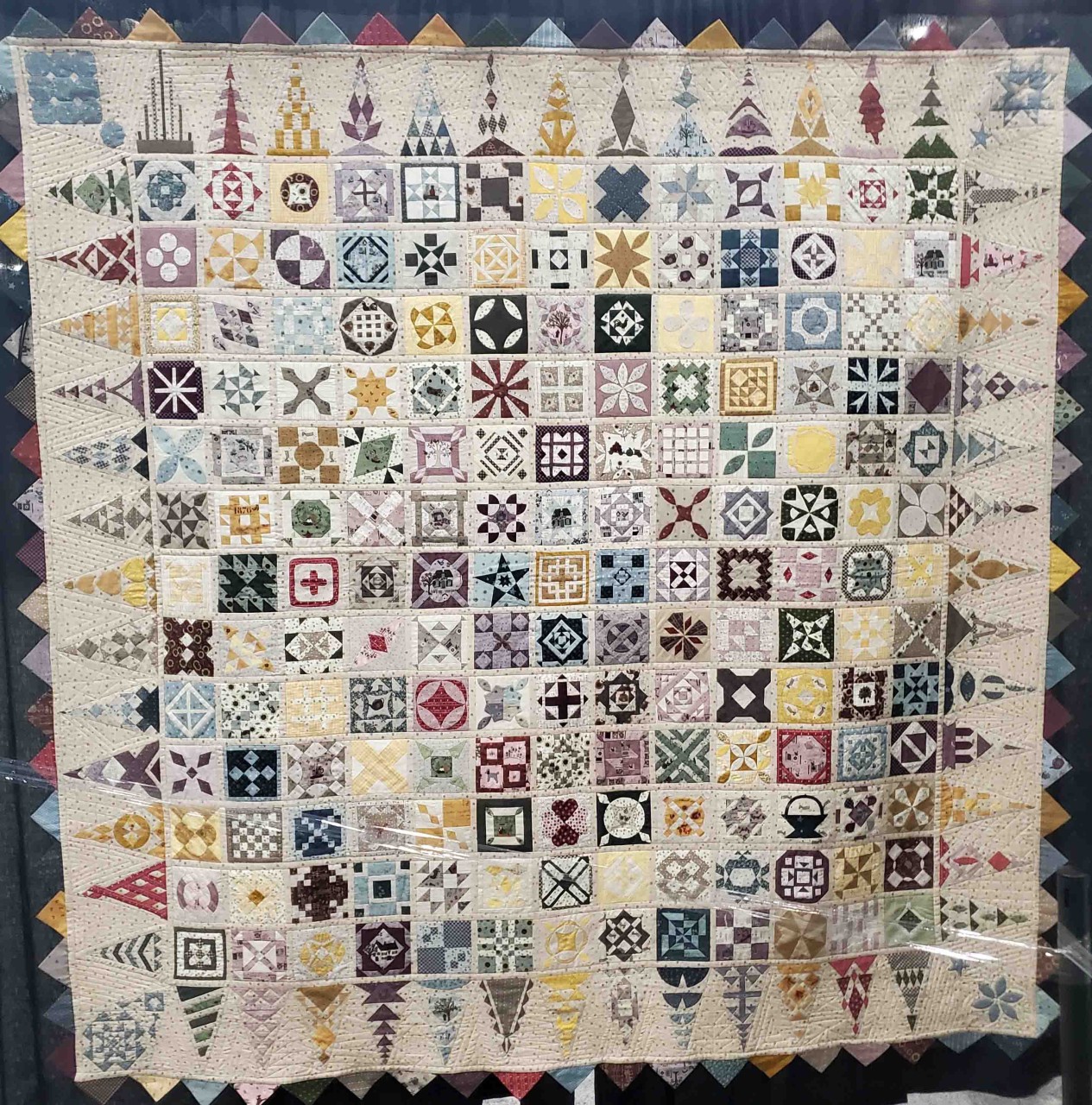 The quilt was listed in the highlights of the 1863 Bennington County Agriculture Fair. A later published article listed the premiums awarded and included “Best Patched Quilt awarded to Mrs. W. P. Stickles. She received a $2 prize award for her amazing quilt. More than a century later a book called “Dear Jane: The Two Hundred Twenty-Five Patterns from the 1863 Jane A. Stickle Quilt” by Brenda Papadakis would be published leading to a whole reproduction movement of the quilt lasting more than 25 years. 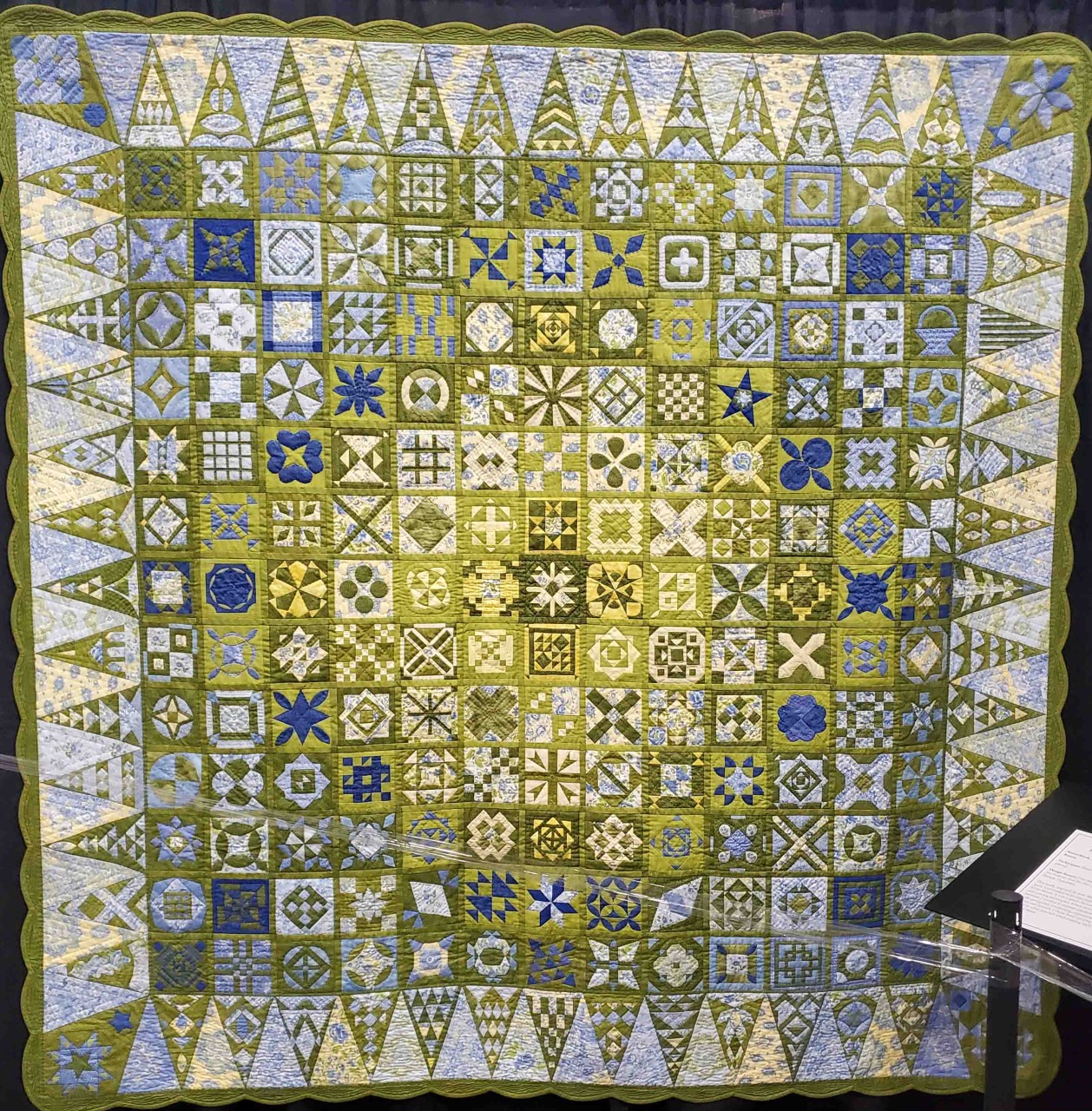 At the 2021 Houston Quilt Festival, an exhibition featured quilts made by a group of Russian speaking ladies from around the world. The International Project was led by Iryna Moore, which assembled their blocks in 2014 and then gathered their quilts for the debut exhibit in St. Petersburg in 2018. Even though Jane’s quilt inspired an international, long-lived movement, unfortunately Jane Stickle and her husband lost their farm declaring bankruptcy in 1877. Jane Stickle died on March 2, 1896 at the age of 79, but her quilting legacy lives on for many generations to come. 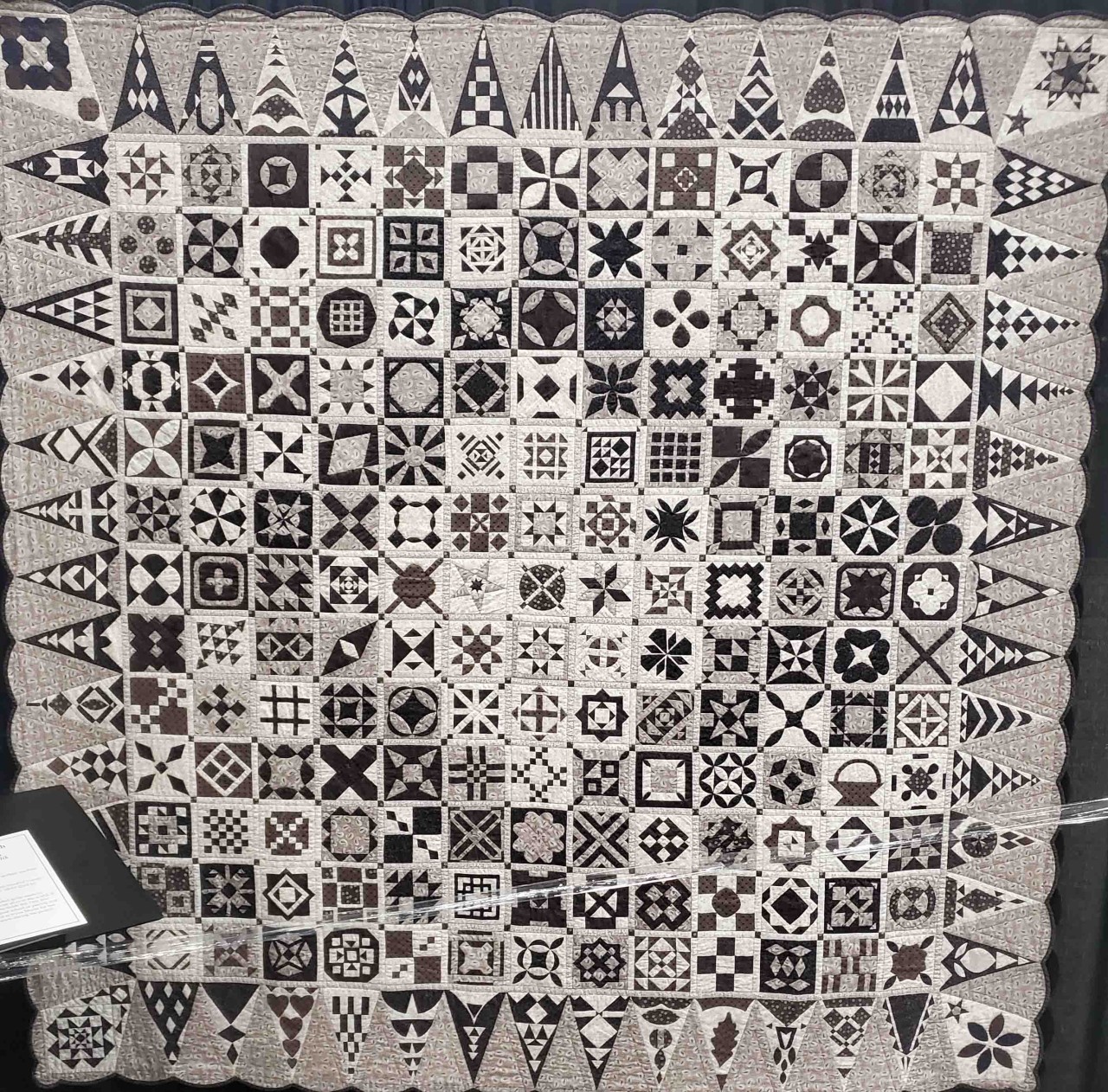 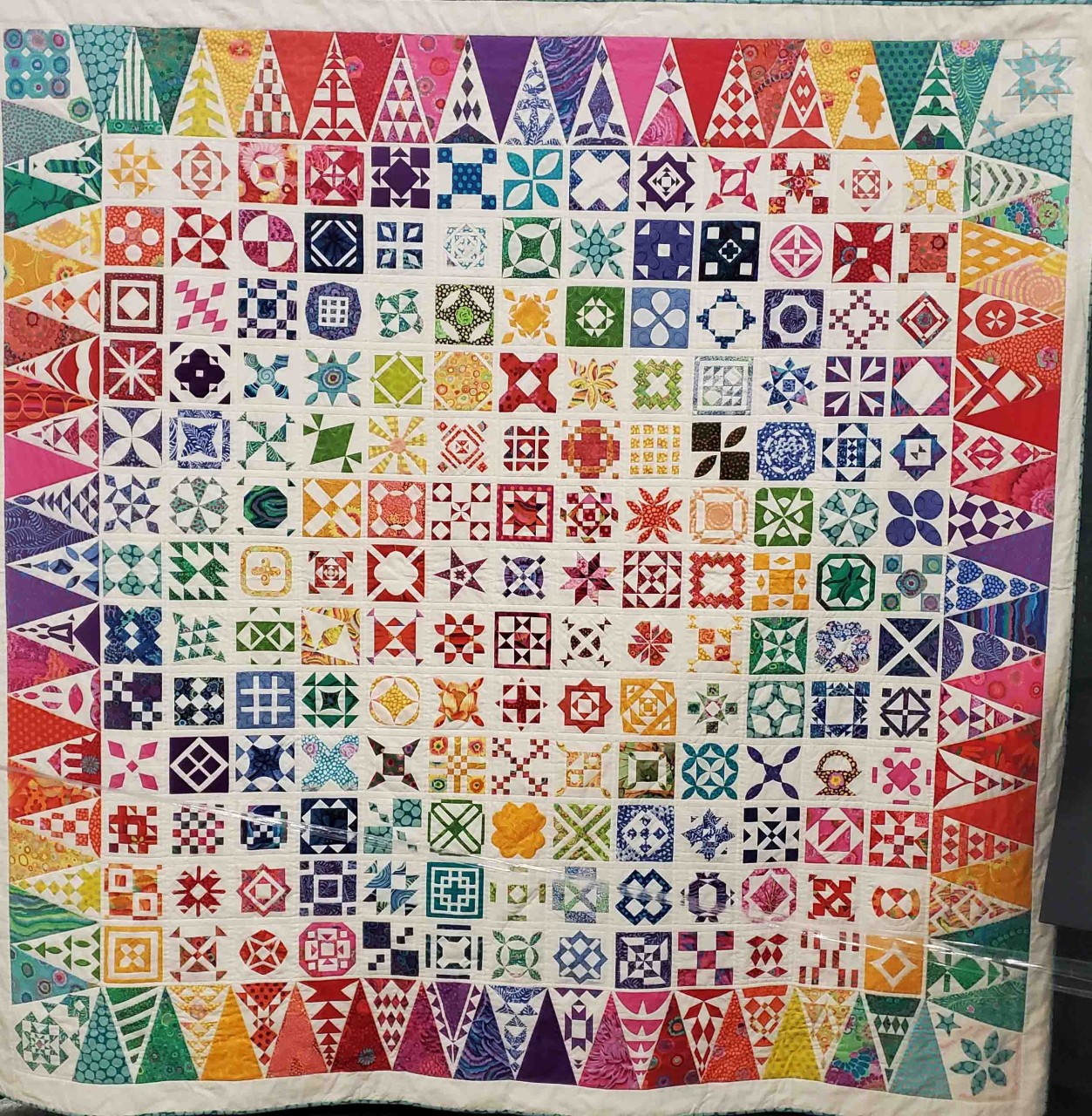