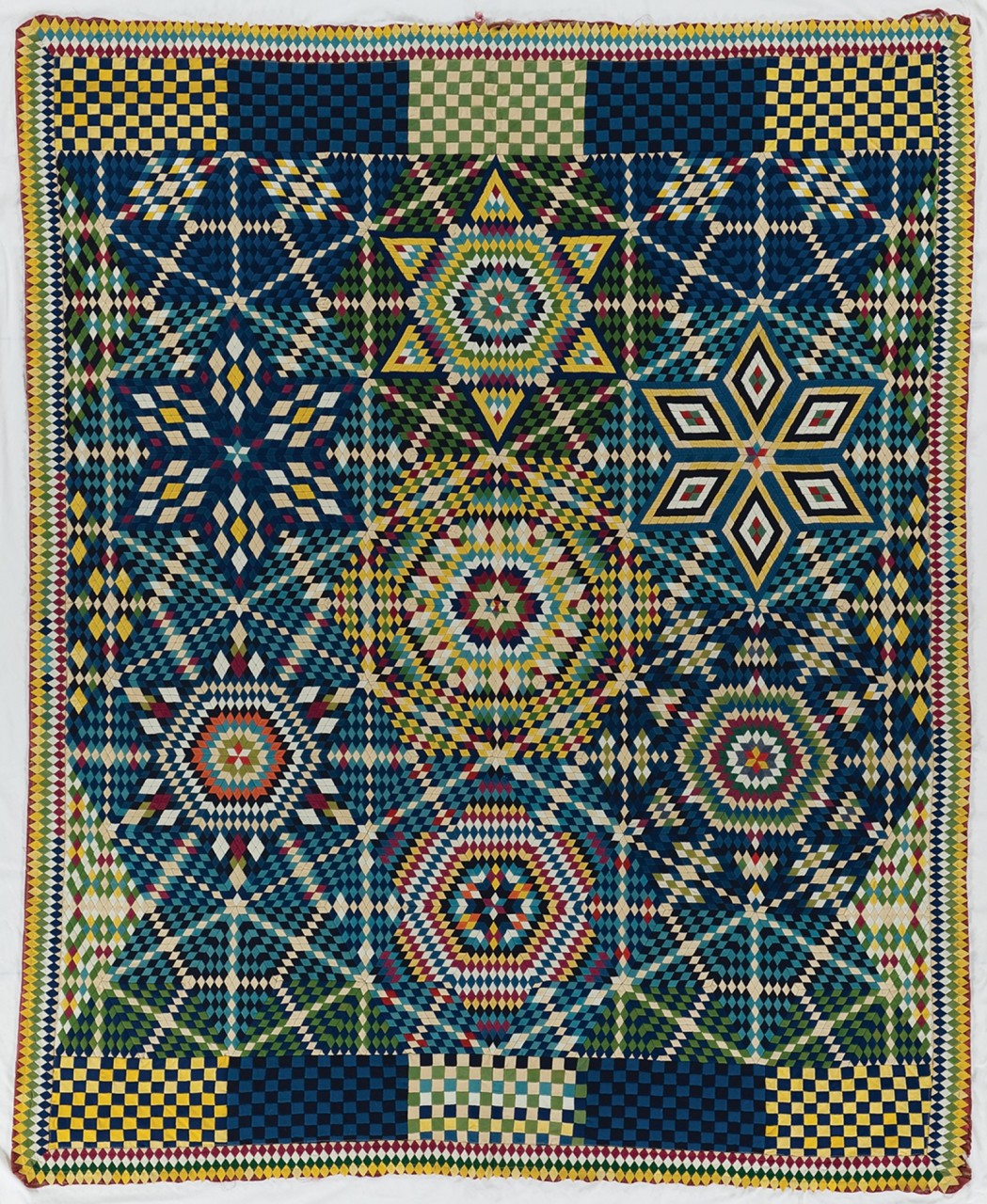 I recently gave a Study Center on this topic at the American Quilt Study Seminar. I had lots of questions and requests for information after the program. I certainly won’t give the whole presentation, but plan to explore the topic through a series of nonsequential blogs. (I’ll intermix other topics, so no one gets bored!) 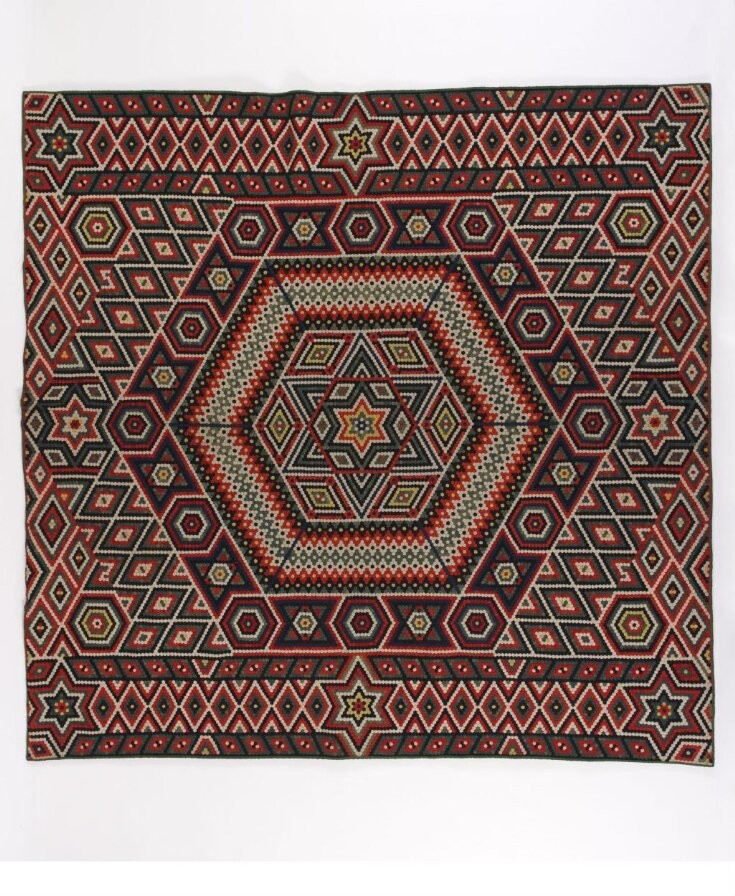 Military quilts (sometimes called soldier quilts or war quilts) are traditionally made from fabrics used in the production of military uniforms. The colorfast wool uniforms made for brilliant color with fabric that didn’t fray which allowed for distinct choices to be made in construction and design. Tailors used scraps from making the military uniforms to create their works of art. Soldiers used the uniforms to create the bedcovers as a form of therapy when convalescing or as an alternative to stave off boredom. 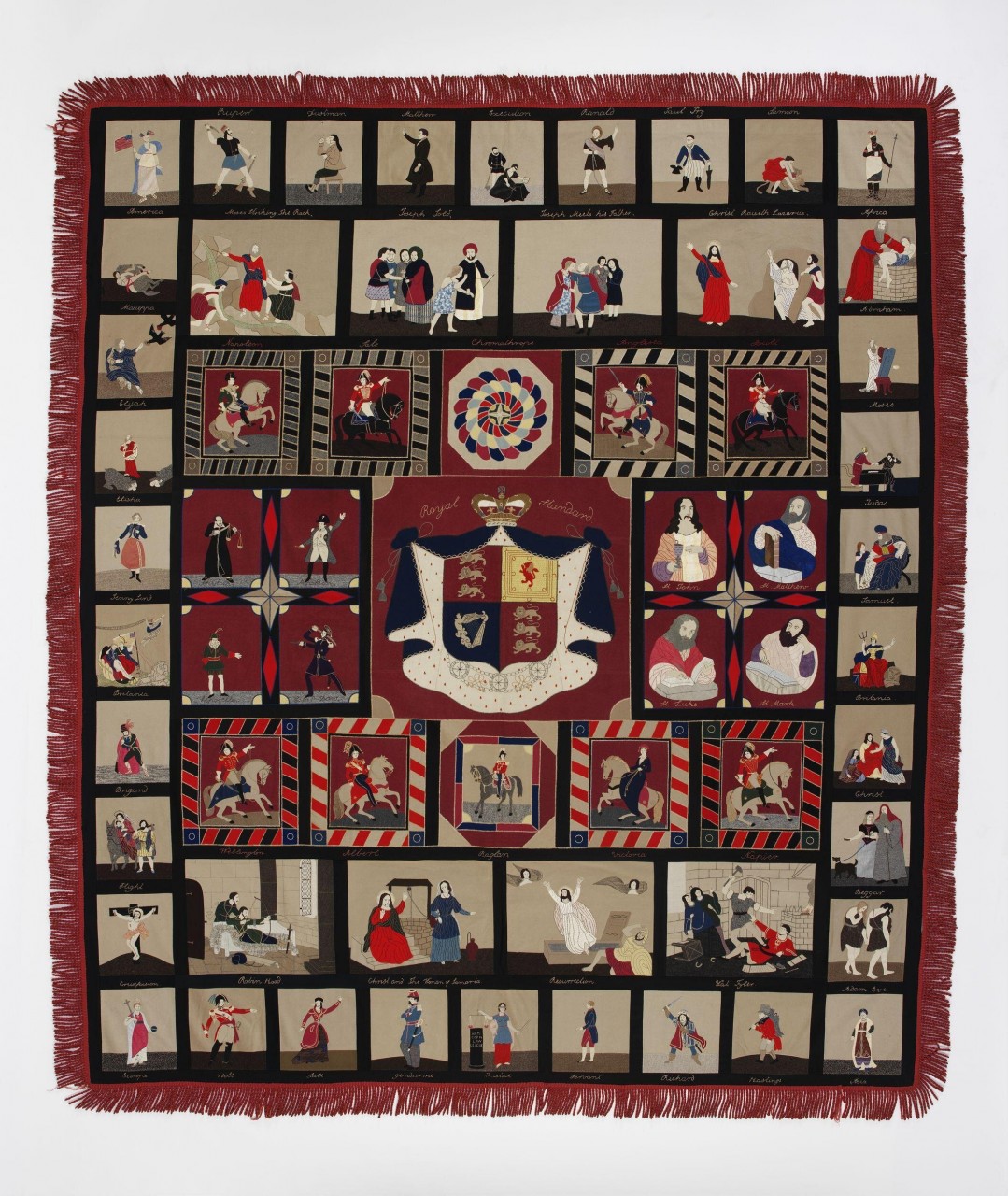 Some of the earliest felt patchwork dates from the seventh to second century BCE found in a Silesian burial tomb and the samples show a variety of techniques: applique, mosaic inlay, embroidery, and quilting. Later military textiles also show the use of intarsia, or patchwork without seam allowances. The largest grouping of surviving whole textiles date: from the 1700s-1900s. 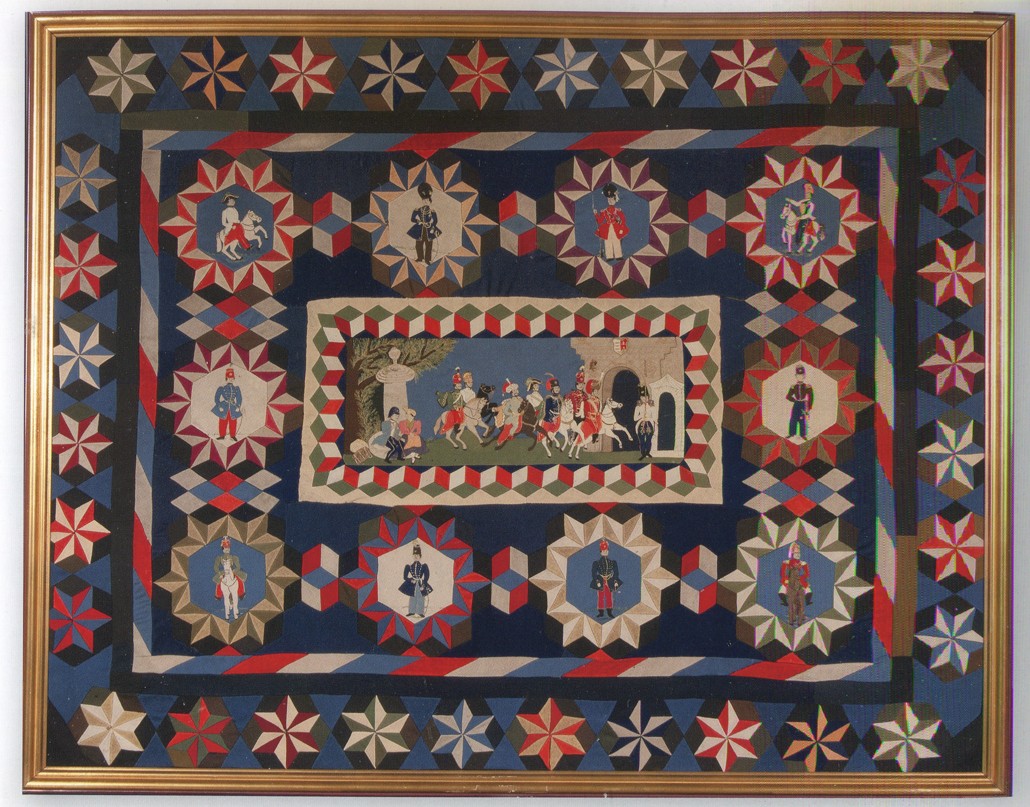