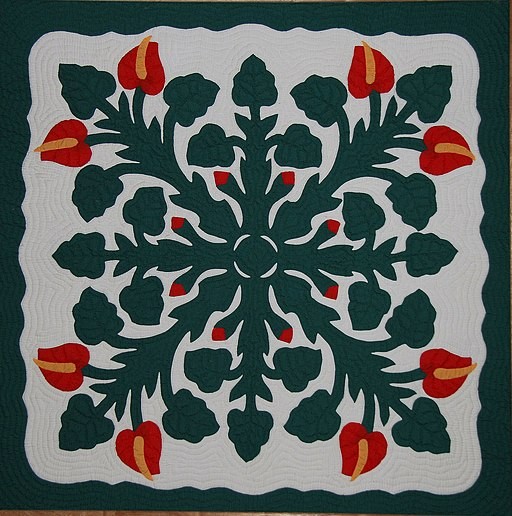 I was interested to attend the Kauai Quilt Show sponsored by Kauai Quilt Guild and the Nene Quilters to see if the traditional “Hawaiian” style of quilts was represented. As early as 1820 the Hawaiians learned to quilt from missionaries. The distinctive style is usually created using applique of a botanical nature, frequently in one or two bold solid colors. 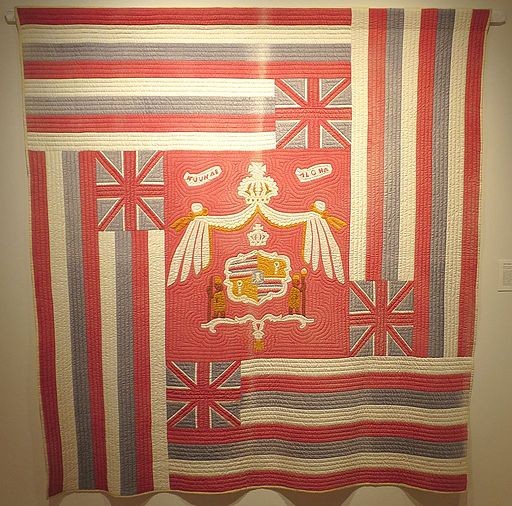 One early written record of the traditional style Hawaiian quilt is “Six Months in the Sandwich Islands” by Isabella Bird who visited Hawaii in 1870 and described a “floral center with surrounding arabesque.” During the westernization of Hawaii, cotton fabric had become available and as the resurgence in applique mid-nineteenth century occured, it also reached Hawaii.

A second traditional Hawaiian style of quilts is known as a “flag quilt” which uses the flag and or royalty, or symbols of the Hawaiian Kingdom. Americans overthrew the monarchy in 1893, though it was not formally annexed until 1898. The Hawaiian crazy quilt could also fall into this category because it used the Hawaiian symbols, coat of arms, and sometimes the flag in these as well. Queen Liliuokalani’s Quilt made during her imprisonment is probably the most well-known of this type. 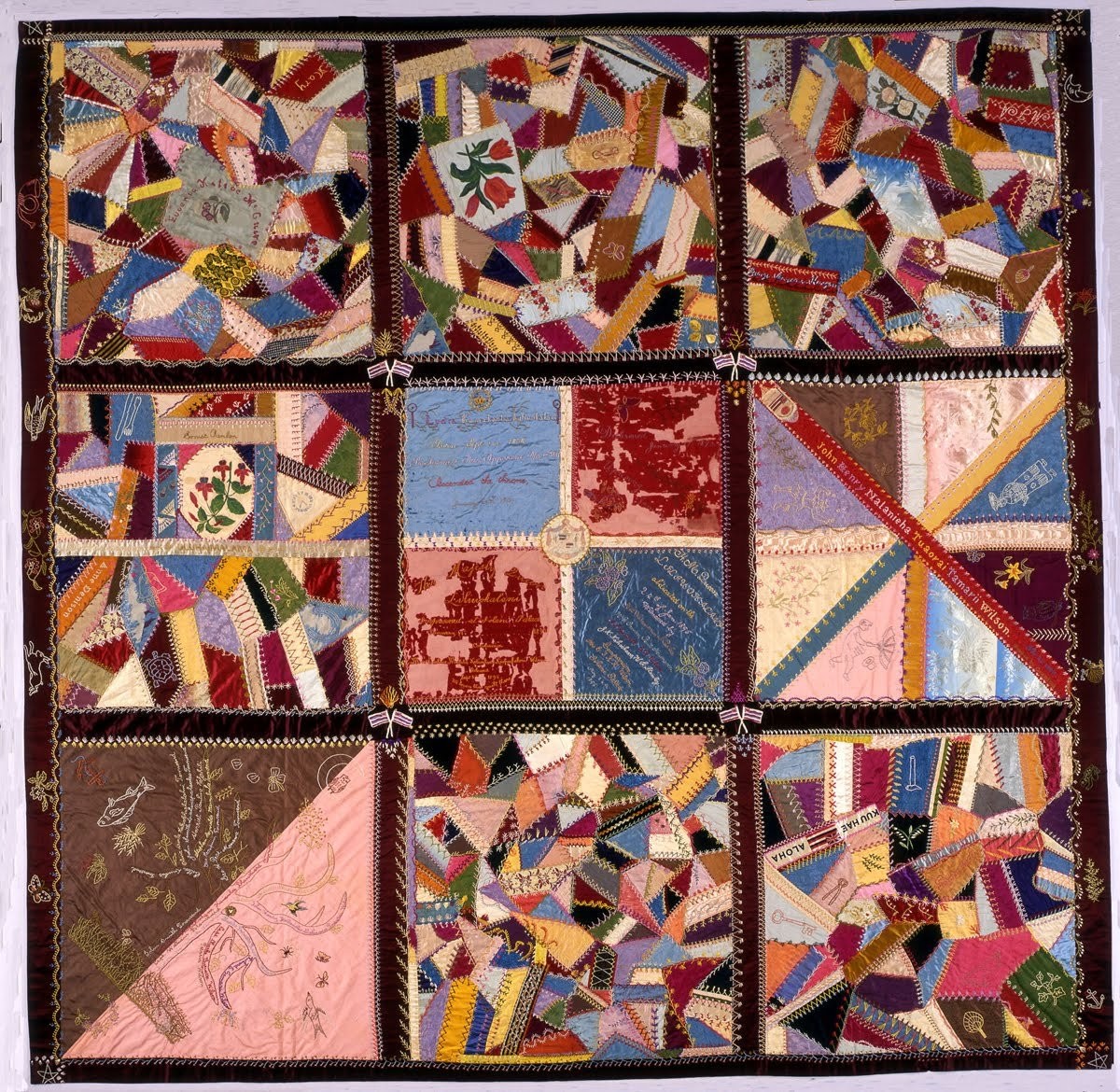 I was a little disappointed to see so few of the traditional styles represented at the quilt show. There was a couple of solid color botanical applique quilts there. It wasn’t until later that I realized the quilt I appreciated the most fell into the traditional “Flag Quilt” category with royalty and other symbols represented. The Hawaiian tradition had continued, but in a new form. 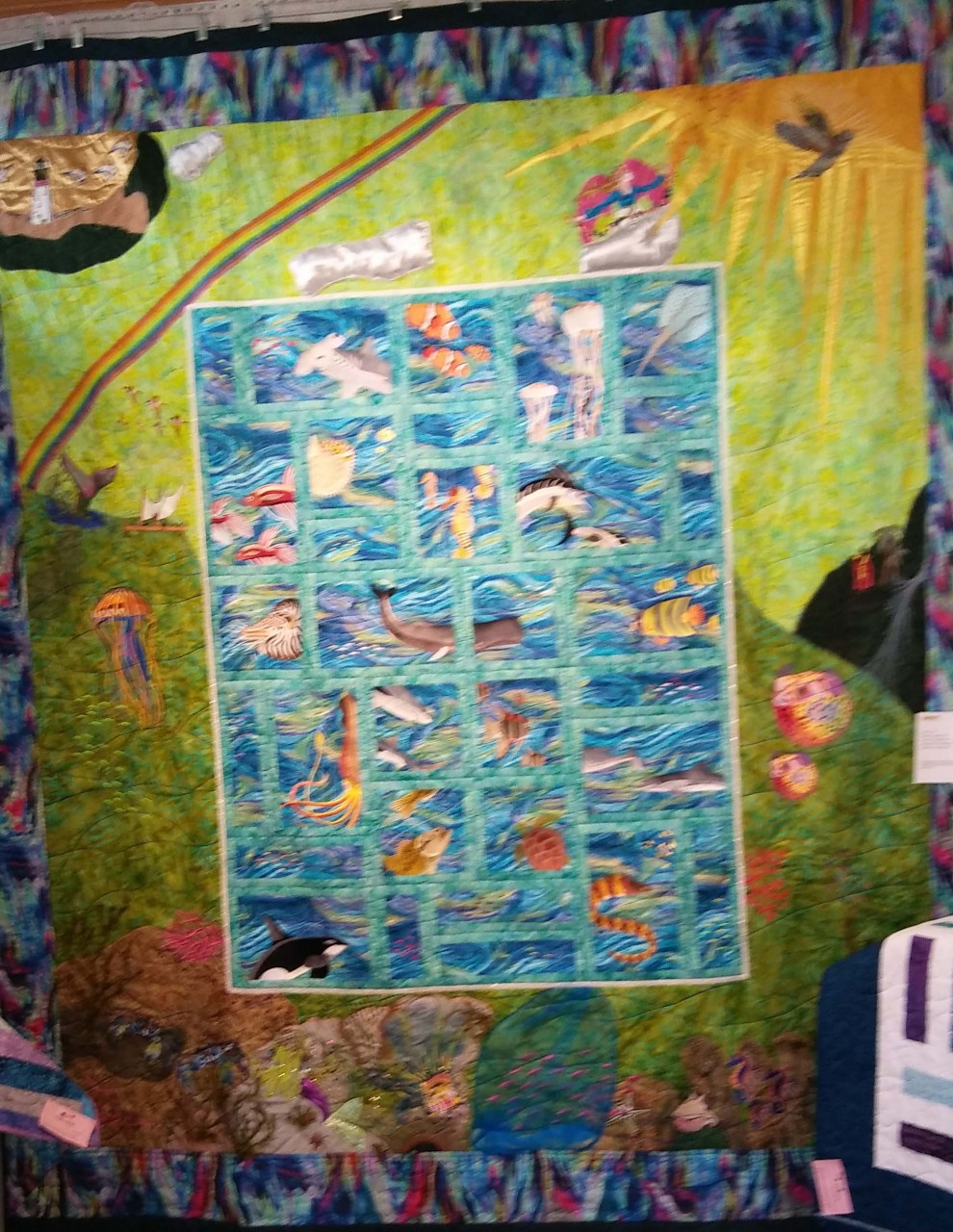