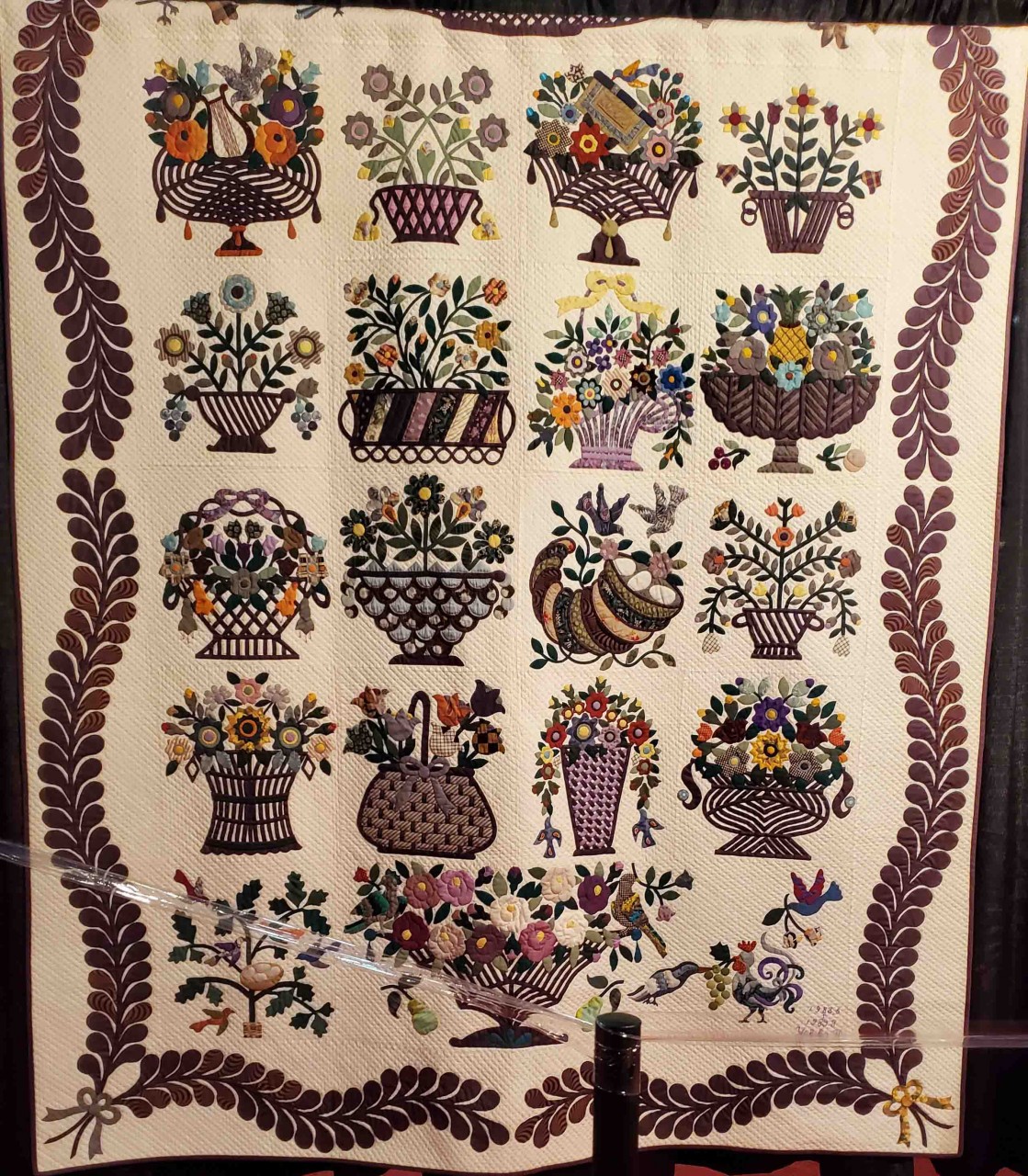 For centuries Baltimore Album Quilts were considered the epitome of American Quilts. Crafted in the middle 19th century, Baltimore Album Quilts (BAQs) were in many cases the creation of professional needle workers selling completed blocks, pre-cut, or pre-basted blocks. BAQs traditionally used red and green colors with touches of yellow and blue. 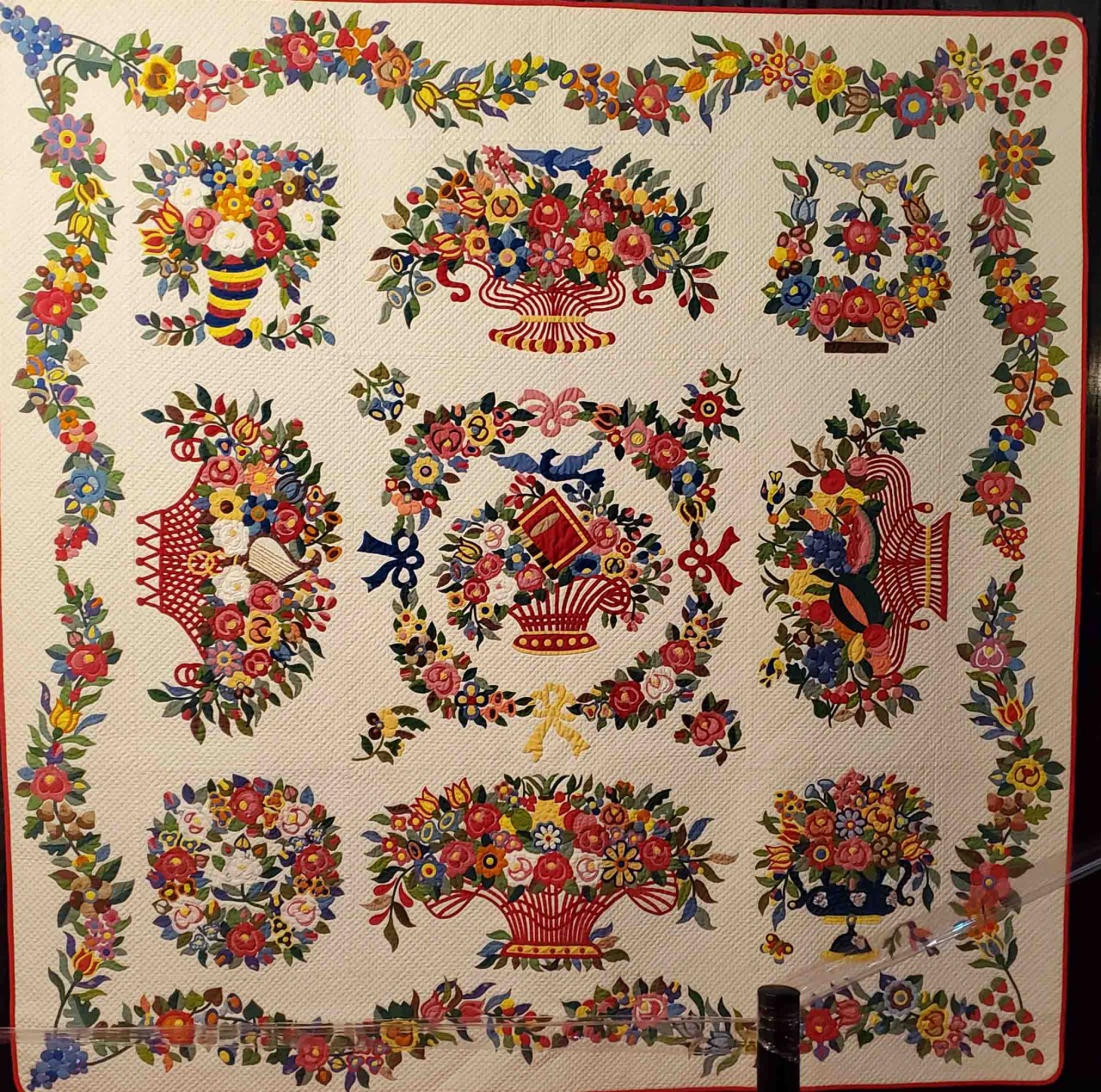 American quilters in the following generations attempted to make their own versions of the Baltimore Album Quilts usually as a reproduction quilt. Striving to create a quilt as close as possible to original BAQ. A few American quilters, such as Sue Garmin or Elly Sienkiewicz,, even took on the daunting task of creating quilt patterns inspired by BAQs. 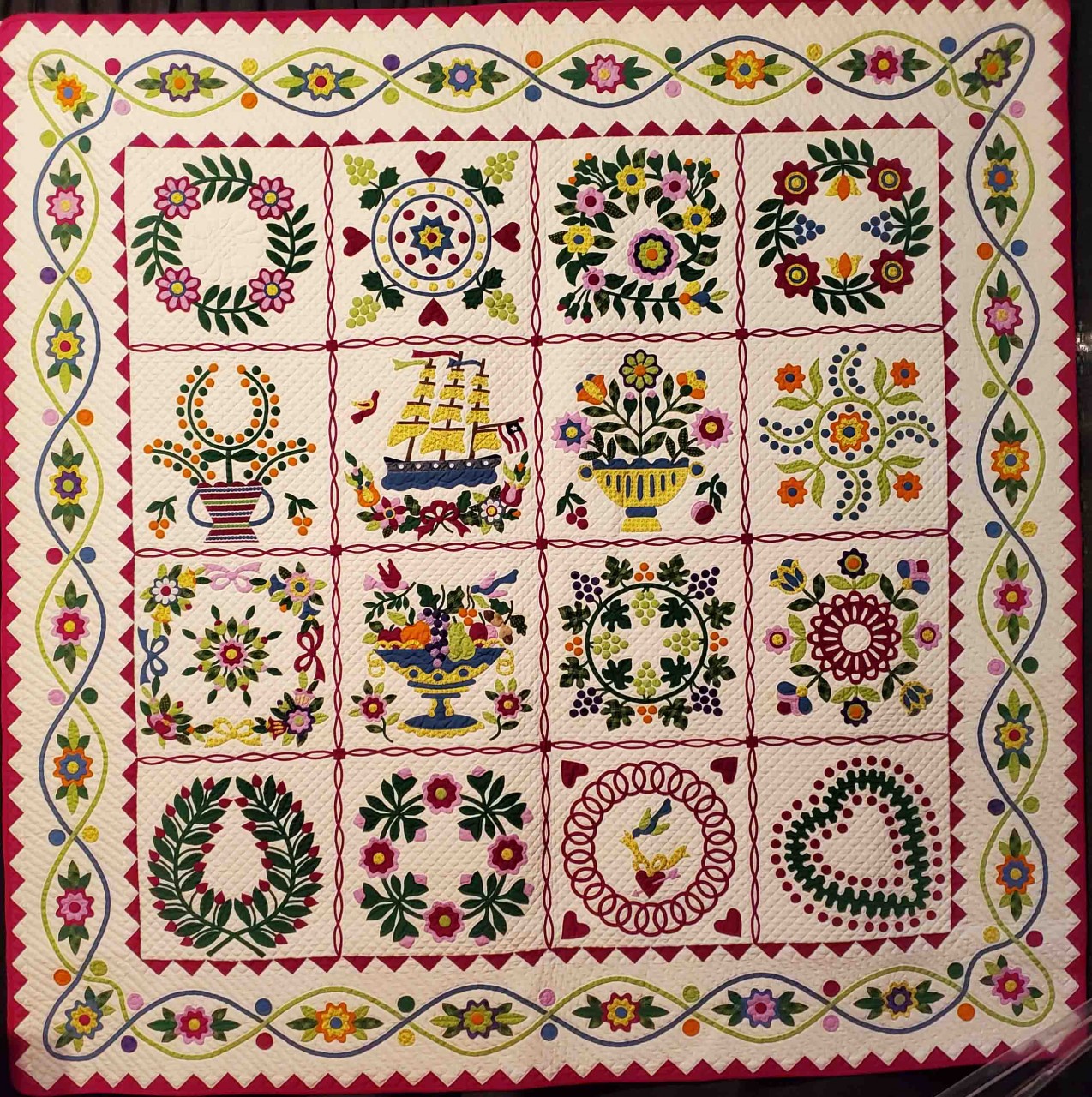 In 2005, a Japanese quilter, Yukiko Hirano entered her first international competition the IQA Judged Show as part of the International Houston Quilt Show. She received the Founders Award for the fourth Baltimore Album Quilt she’d made using hand quilting and hand applique. Sadly, Mrs. Hirano passed away in 2010, but her husband created a special exhibition of four of her masterpieces at the Houston Quilt Festival this year "In Memoriam." Domo Arigoto Takeo Hirano for preserving and sharing your wife’s talent and legacy! 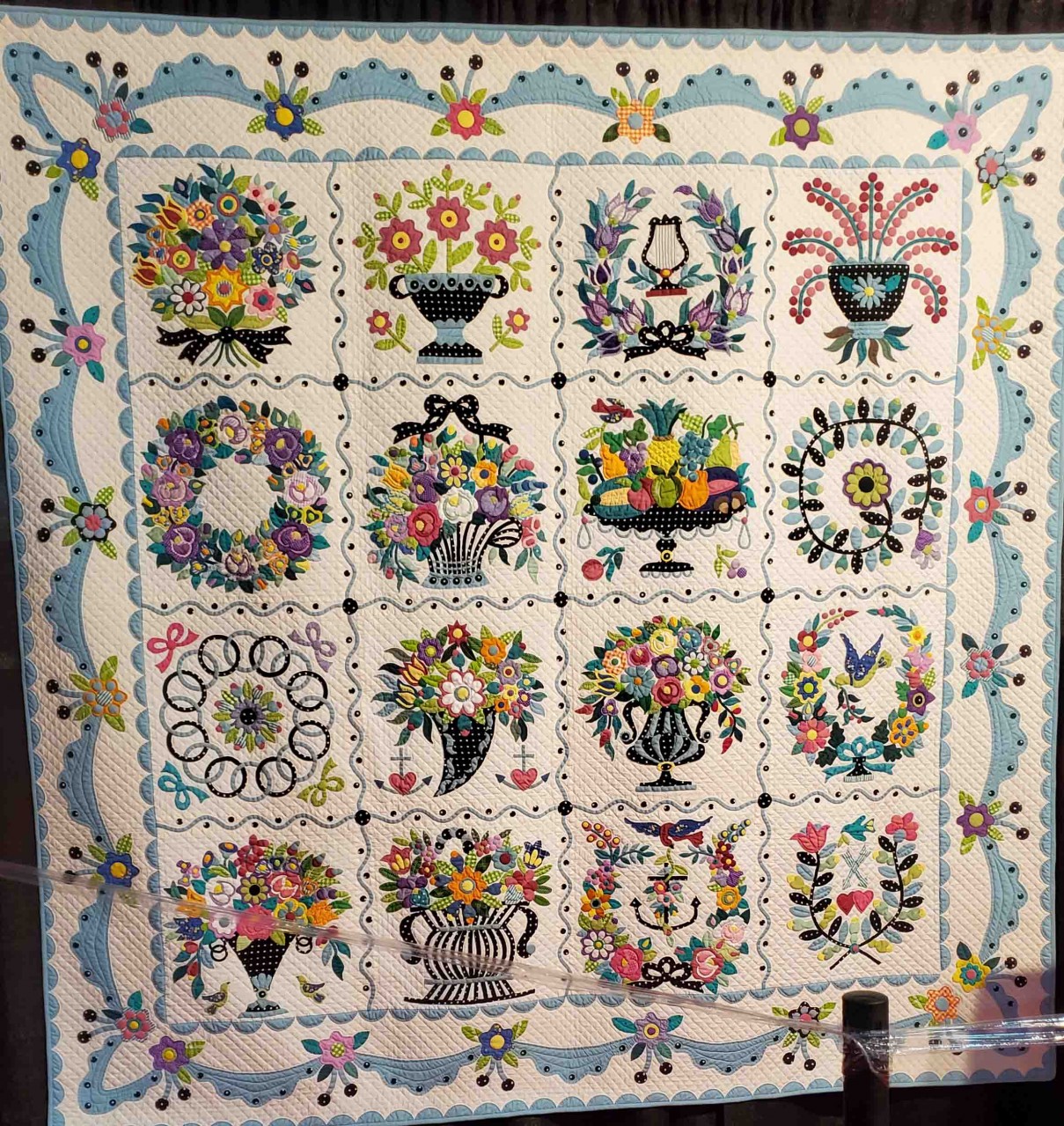