Curtis was born in 1847 in Montpelier, Vermont. He joined the 104th Regiment New York Infantry as a drummer at the young age of fourteen. He became a career soldier and served in Alaska to maintain the peace during the Gold Rush. No one knows when he was introduced to quilt making, although one theory is that he learned the art from British soldiers while in Alaska. 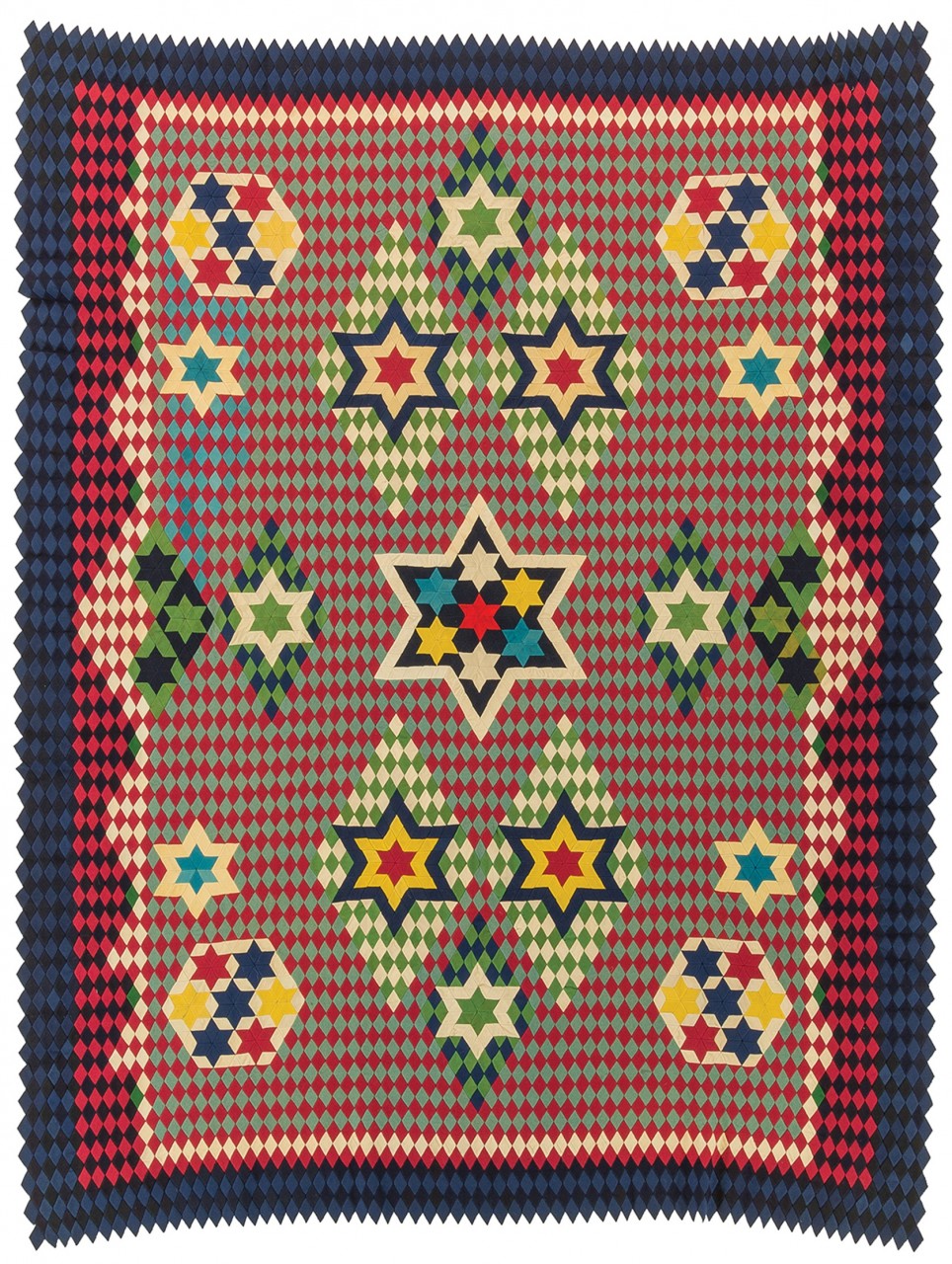 This is presumed to be the first bed cover made by Jewett Washington Curtis (1847-1927) because the diamonds are a larger size than the pieces in the other two bed covers he made. Additionally, the design is not as complex as the later bed covers (the other two follows.) Jewett Curtis kept his masterpiece until before 1925 when it was given to his sister Julia Wilkinson in upstate New York. The bed cover was subsequently passed onto George Mason, and then to the Wass family. It was purchased by the International Quilt Study Center and Museum from the Wass family in 2016. 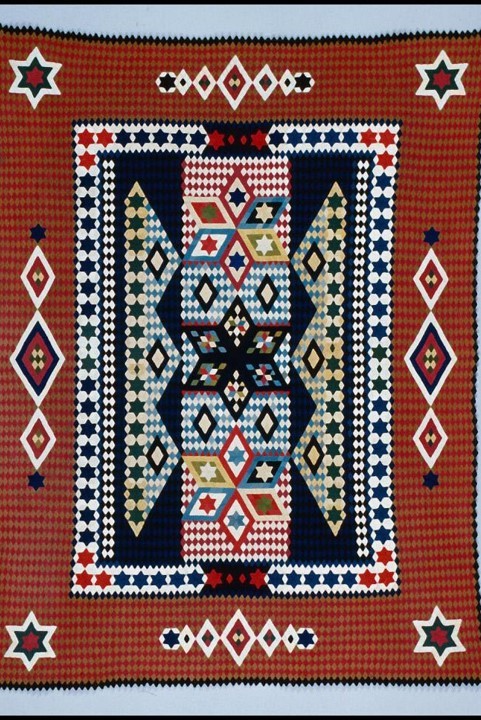 This second bed cover by Jewett Washington Curtis is smaller in size, than his others, only fifty-one inches wide and sixty-four and one fifth inches long. It has a center panel of three center outlined multi-colored stars, with a background of diamonds in alternating colors. It is hand pieced with seam allowances. There is no batting or back. Curtis used almost 11,000 diamonds of heavy wool uniform scraps to create what was once thought to be a table cover. However, according to the memories of descendants, it was the bed cover for his son, Clark Edward Curtis. This is the second of two bed covers that was given to his sister Julia prior to 1925. Julia exhibited the bed covers at county fairs where she stated the maker as her brother, Jewett W. Curtis. Julia later gave the bed covers to her pastor, George E. Manter. After the death of Manter and his wife, the bed covers were passed on to Ruth Manter Wass. Ruth died in 1952 and the quilts were inherited by her children. The museum acquired the bed covers from the Wass children. 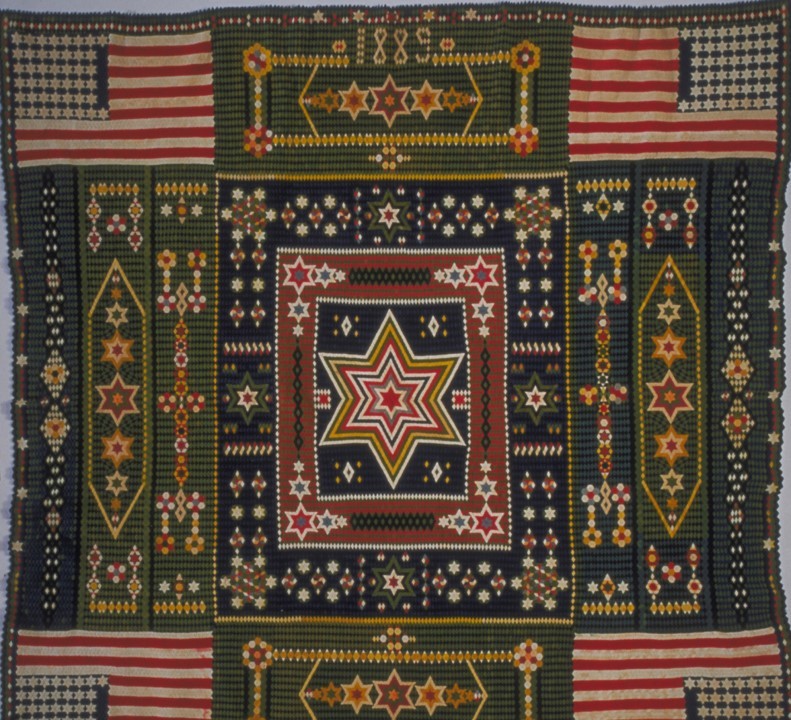 This bed cover, ninety-nine inches square, is the most complex of the Jewett Washington Curtis textiles. At the top and bottom, the flags are separated with a blue and green panel with stars and two dates: 1889 and 1893. It is pieced using seven-eighths inch wool diamonds and more than 400,000 stitches. There is no backing or batting, which allows the small seams to show. Curtis won first place ribbons at the 1905 Lewis and Clark Centennial Exposition and the Seattle World Fair. Clark E. Curtis received the bed cover in a trunk at his father’s death and then donated the bed cover to the Smithsonian because he wanted his father’s artwork at “an institution for all to enjoy."