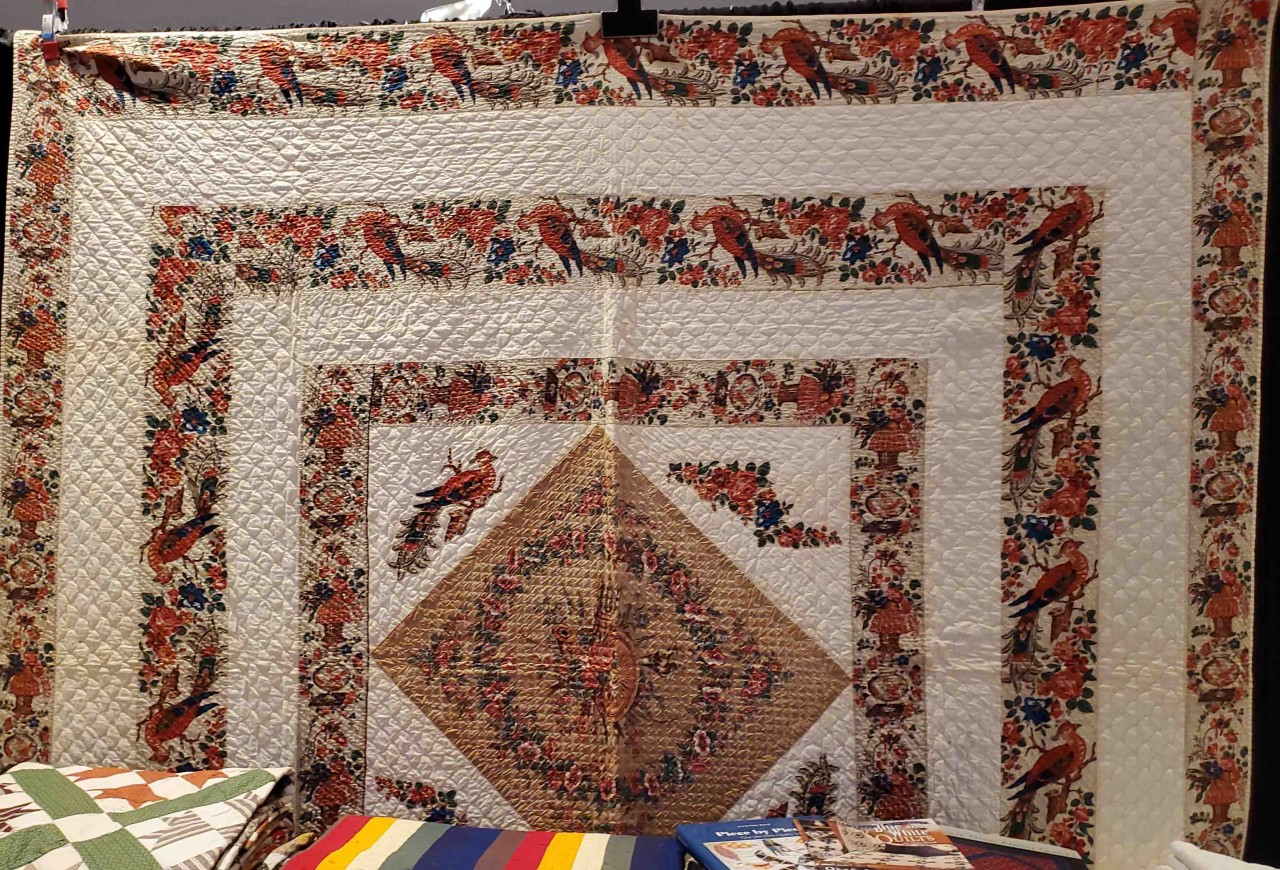 While at the recent AQSG Seminar, the Poos Collection added a new acquisition. At this point with the collection as large as it is, there must be a specific reason to add a quilt to the collection. In this case, there were three solid reasons, plus bonuses. 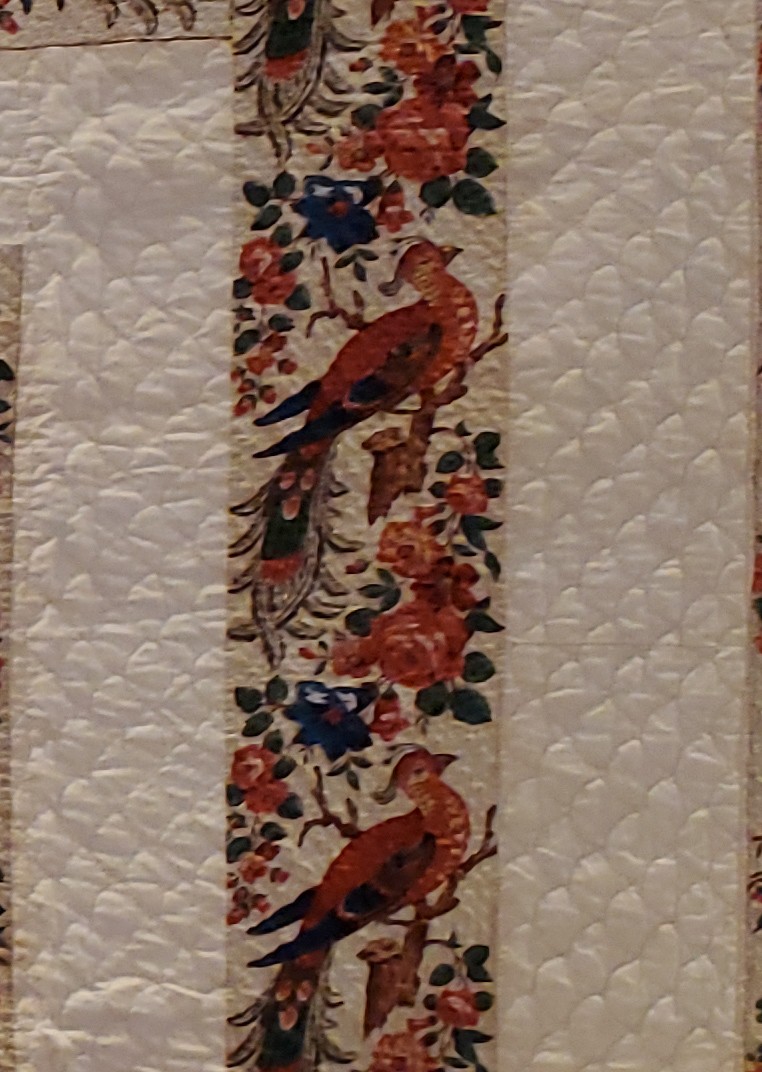 First, the quilt had a bird print in it. As I’ve mentioned before, if it has a bird in it, it is likely coming home. This fabric is what is known as a “Portuguese Print” during the 19th century which came to mean a bright furnishing fabric with wide stripes usually floral but alternating with birds or other wonders. 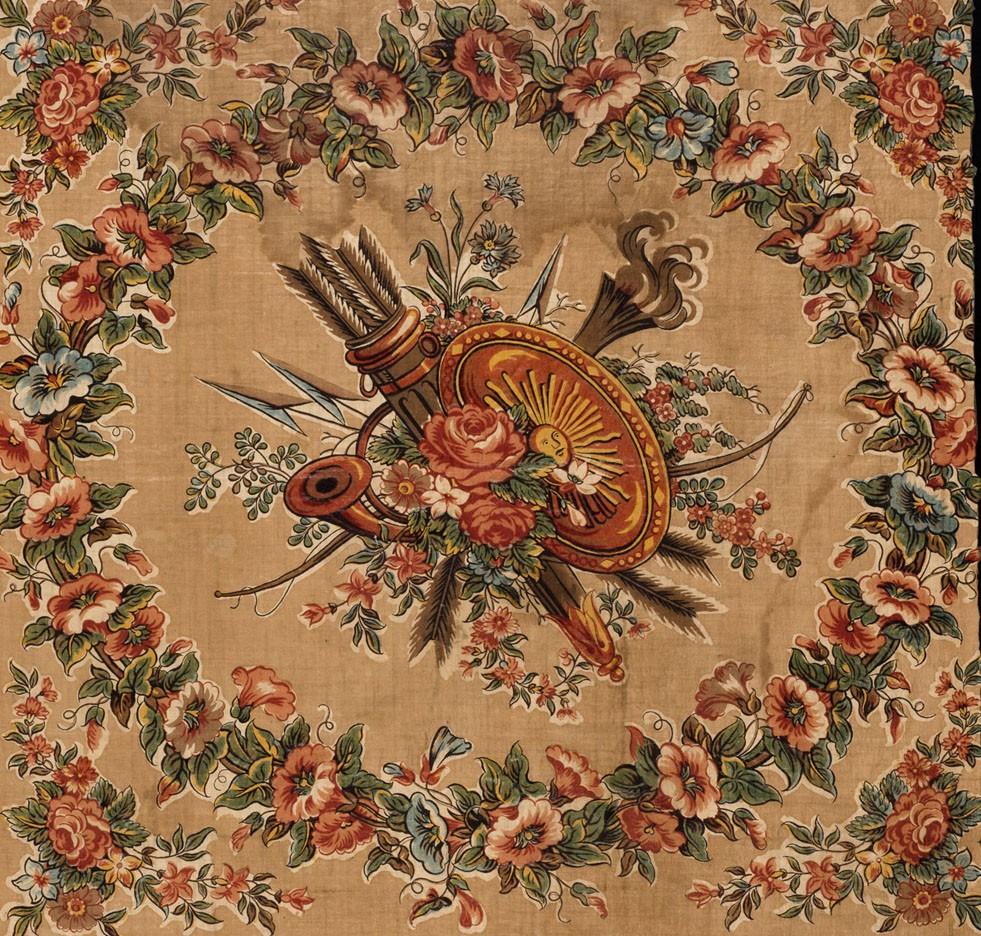 Second the quilt had a center medallion known as Trophy of Arms with a tan background, which the Poos Collection didn’t have. The medallion is #3 in the Waldvogel Chintz Medallion Tracking systems. (If you aren’t familiar with the system, check out the article in the 2013 AQSG Uncoverings or the online database in a blog by Waldvogel and Brackman.) The Trophy of Arms was produced in 3 colorways and possibly 2 sizes. 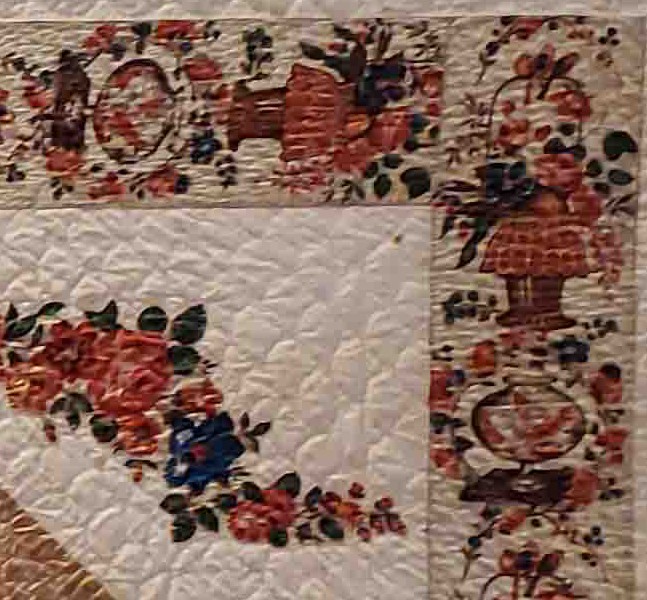 Bonus, the quilt is signed and dated! Using thread, it is inscribed with “E.B. Jenkins August 26, 1866” We haven’t had time to do full research on the name yet, but we do know of another fabulous quilter working in chintz, Hephzibah Jenkins Townsend from South Carolina. It will be interesting to see if these two quilters were related. 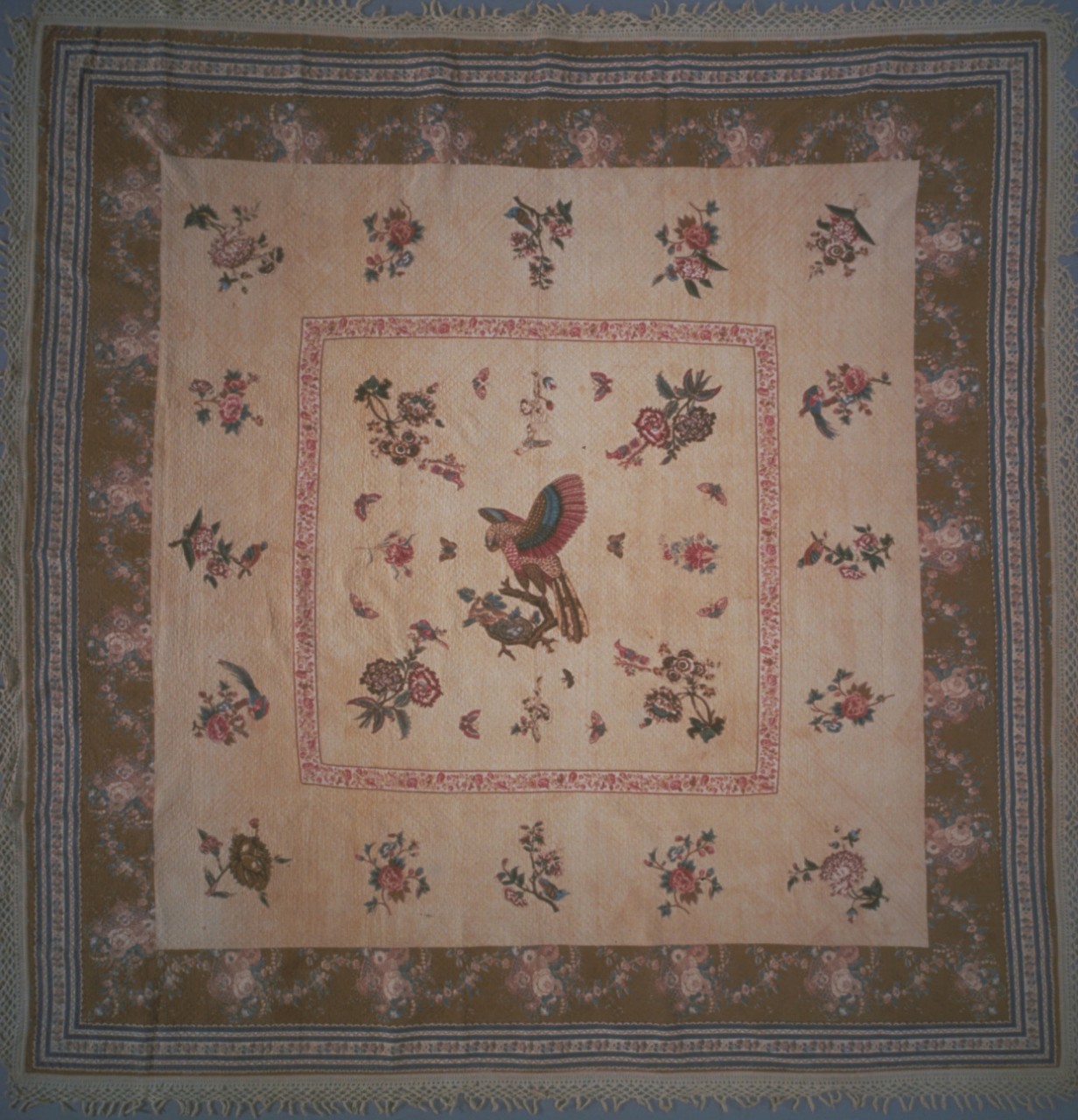 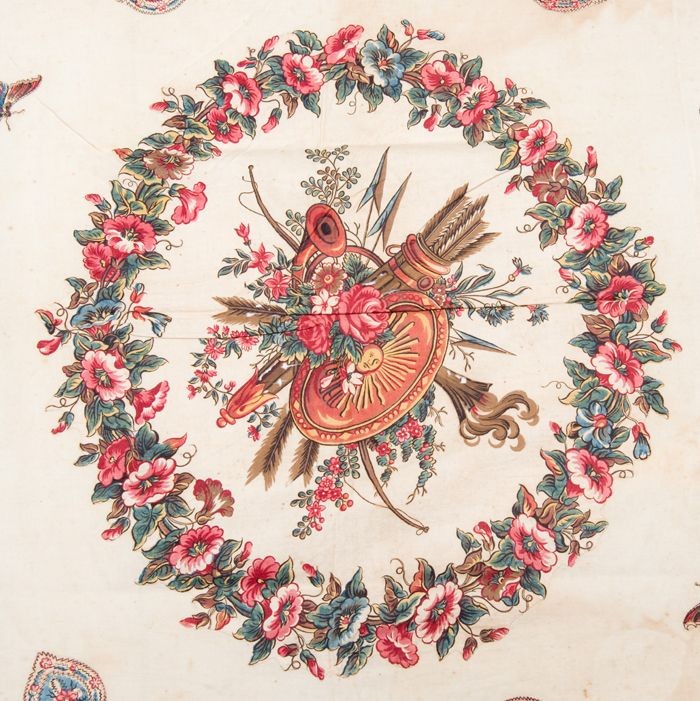