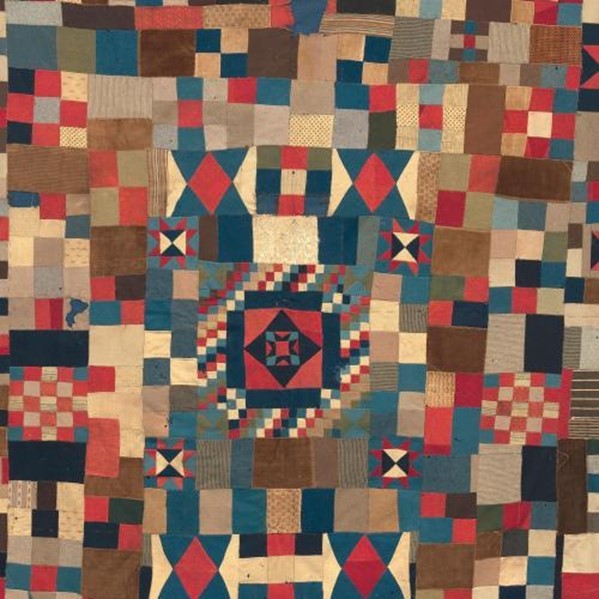 Continuing our exploration of Geometric military textiles, we’ll start with the Wool In-laid Patchwork Quilt Top composed of wool broadcloth, printed wools, cotton corduroy, silk plush, and other wools used in men’s clothing, with the red and blue fabrics are thought to be from military uniforms. Barnet Kobler, who served in the Ninth Pennsylvania Regiment, stated in his application for pension that he made uniforms for the troops during the American Revolution and some fabrics could be from revolutionary uniforms. However, since most of these fabrics date from the 1790s, many of the military fabrics are more likely militia not from the Revolutionary War. 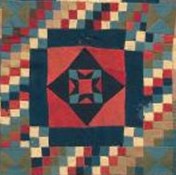 Additionally, even though the quilt top is called an “inlaid patchwork,” also known as intarsia, on closer examination the quilt is constructed using a variety of techniques. Traditional piecing and applique are used, although not in the same blocks. There was also a wide variance in the skill of the stitchers with some of the stitches barely visible while others were crudely obvious. Given the variety of techniques, it seems plausible that orphan blocks created by Barnet Kobler were then assembled into the quilt top by his wife and child. 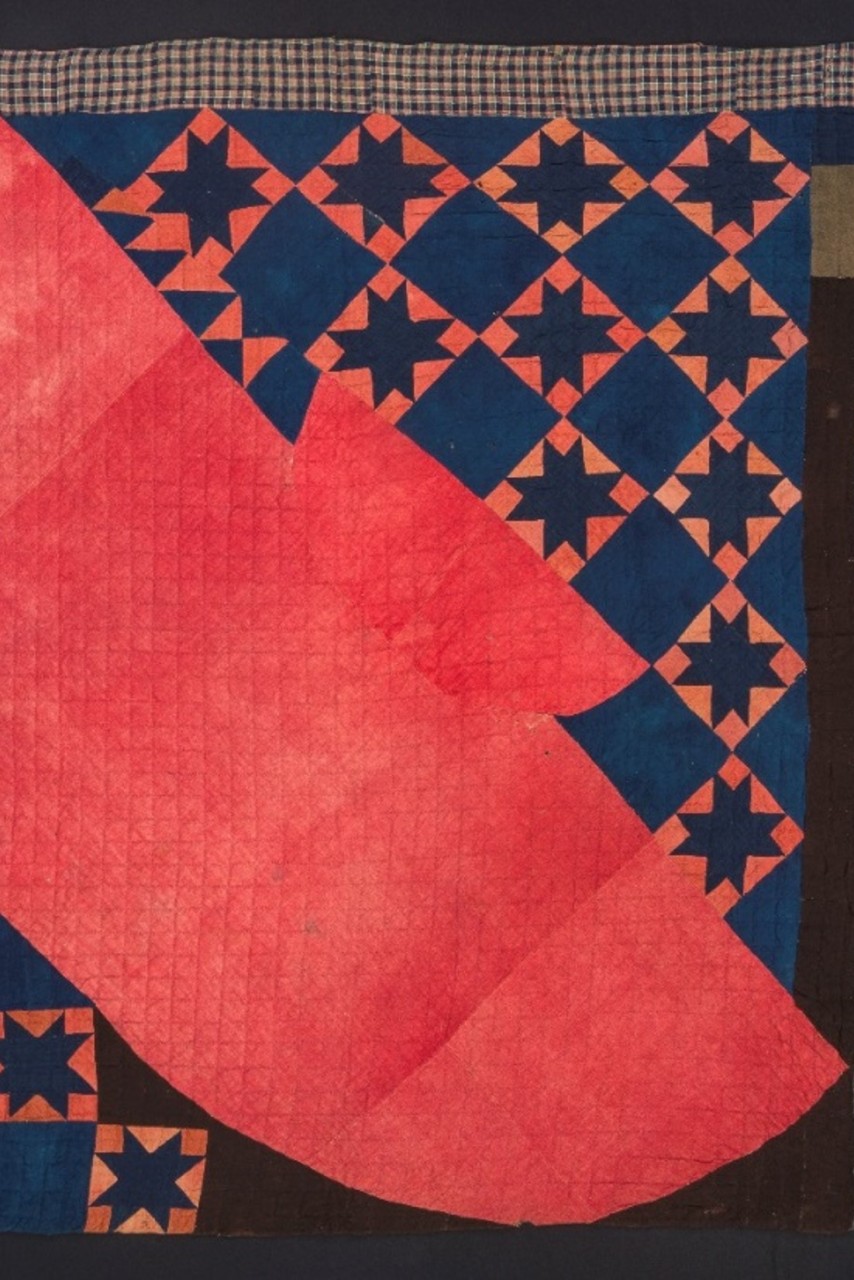 The Revolutionary War Cloak quilt was possibly made by Myranda Codnier Patterson (1808-1881) in the early 1800’s, possibly in Ohio for her marriage in 1828, but there is no clear provenance. Family lore retells of an ancestor killing a British soldier and claiming the cloak as a reward. The name of the specific ancestor isn’t clear since three ancestors fought in the Revolutionary War and the cloak descended through six generations in the family. The fact the cloak was not cutup to make pieces of the Ohio Star block speaks to the importance of the cloak to family history and the maker. 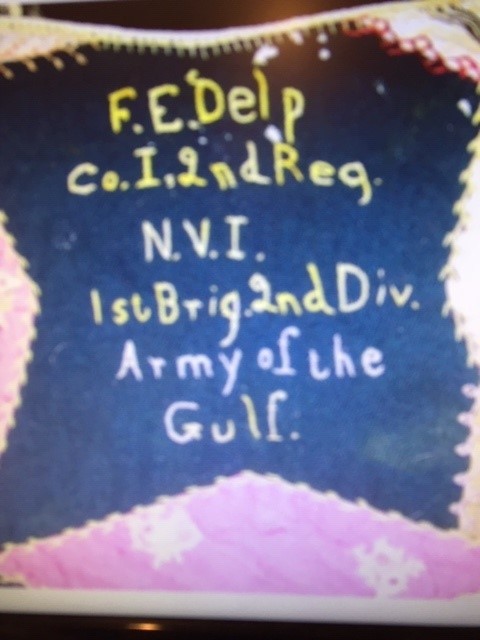 Initially, Jewett Curtis Washington was the only known American military soldier to make quilts. Now, I’m happy to report there is a second one. The quilt was discovered by Claire McKarns at a flea market. She then researched the maker and returned the quilt to surviving family members. Frank Eugene Delp (1874-1965) fought in the Spanish-American War 1898 and used part of the uniform to create the quilt. Claire has promised me more photos and I promise to share as soon as I get them. So stayed tuned for more research on military textiles, including a recently located pictorial quilt.