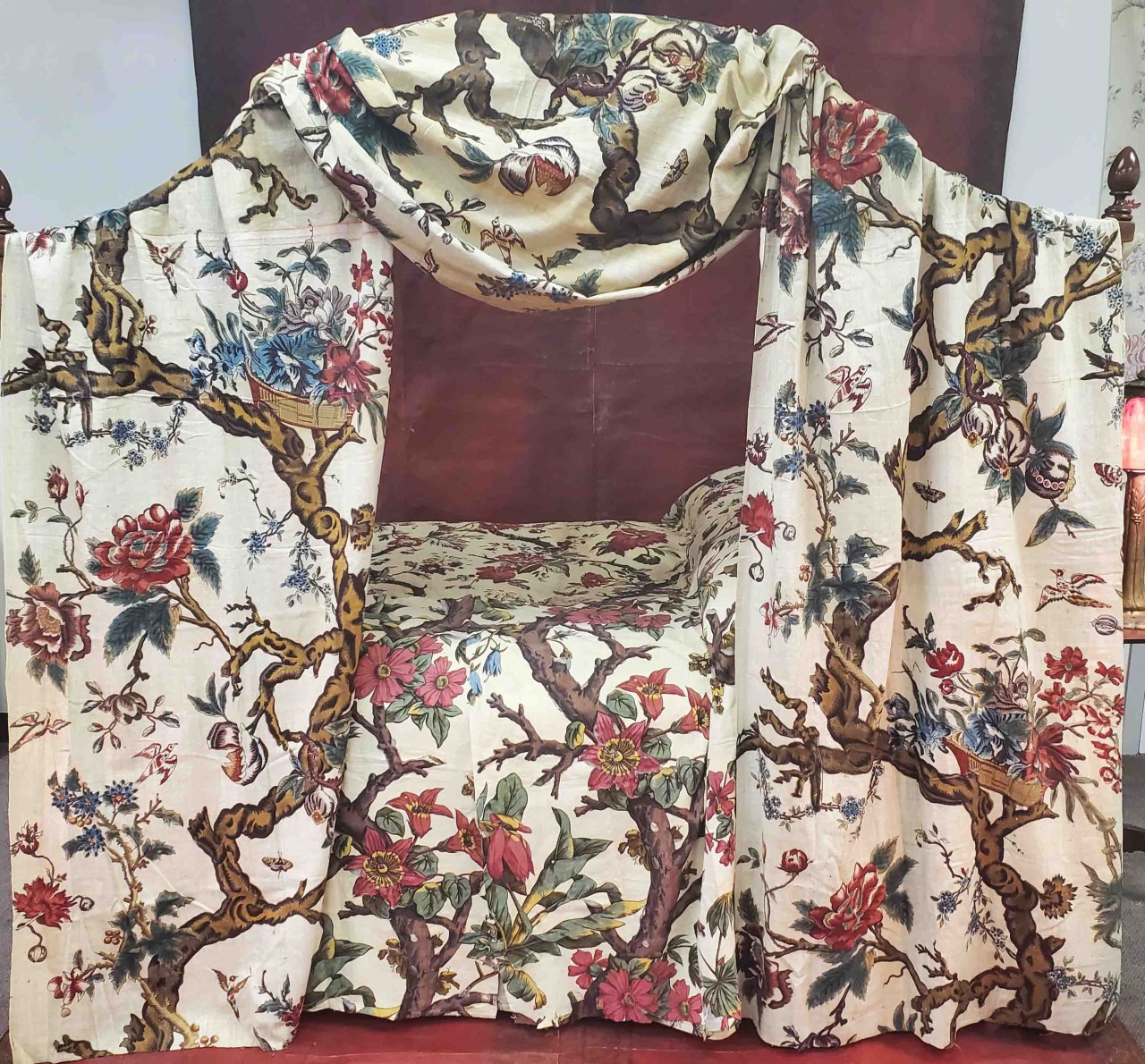 The second part of the Quilt History Retreat focused on Chintz; a longtime favorite of the Triplett Sisters. Well, not just the Triplett Sisters, who doesn’t love Chintz? (Okay, I do understand that there are some people that don’t like chintz, but given that fabrics beauty, it is really hard for me to comprehend.) 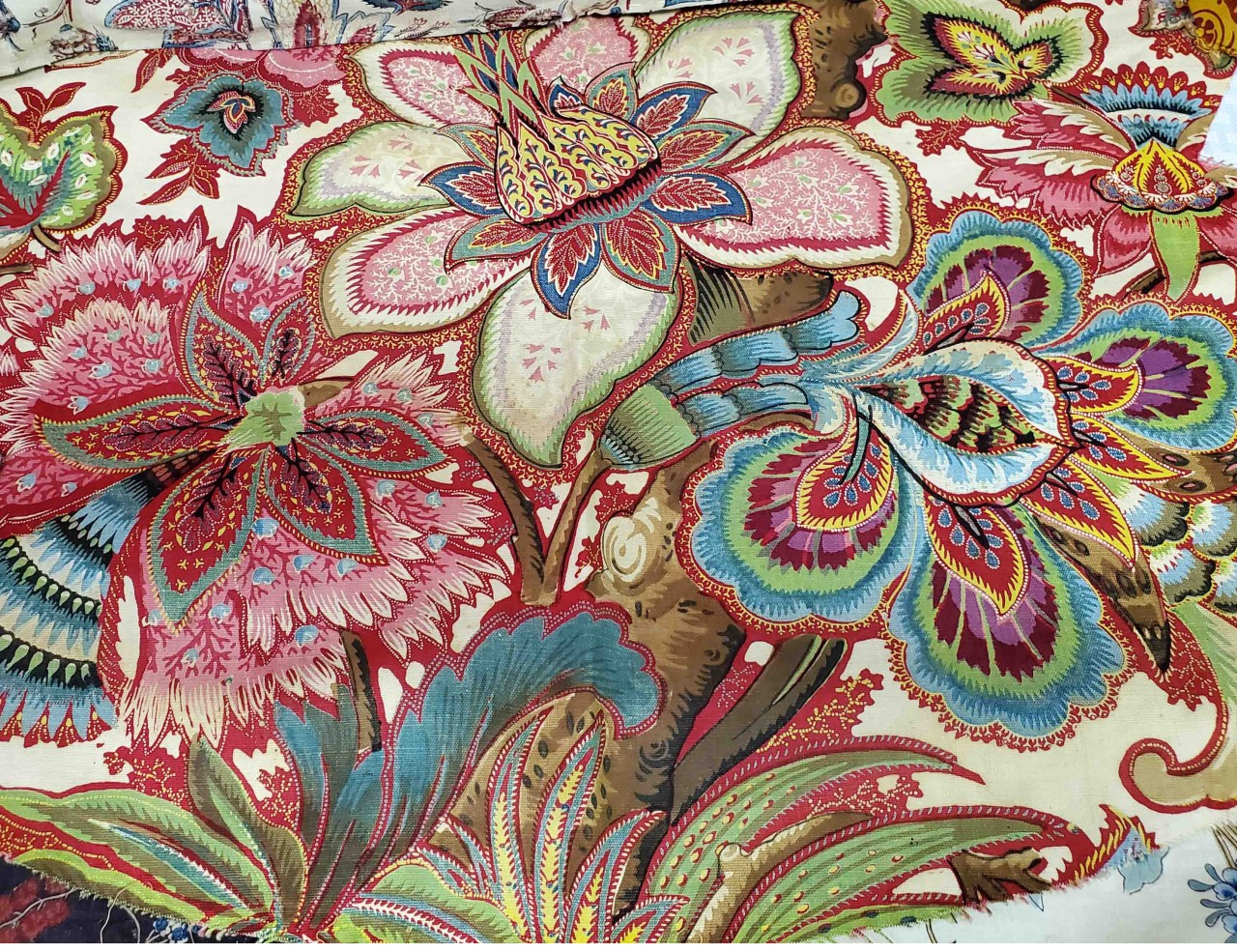 Chintz first made its way to Europe in 1498, when a Portuguese explorer named Vasco da Gama returned with the fabric from India. Shortly thereafter the popularity of the imported fabric led to a decline in profits of the French fabric and therefore it was banned in 1698. Which of course meant traders or smugglers continued to bring it into the country anyway. 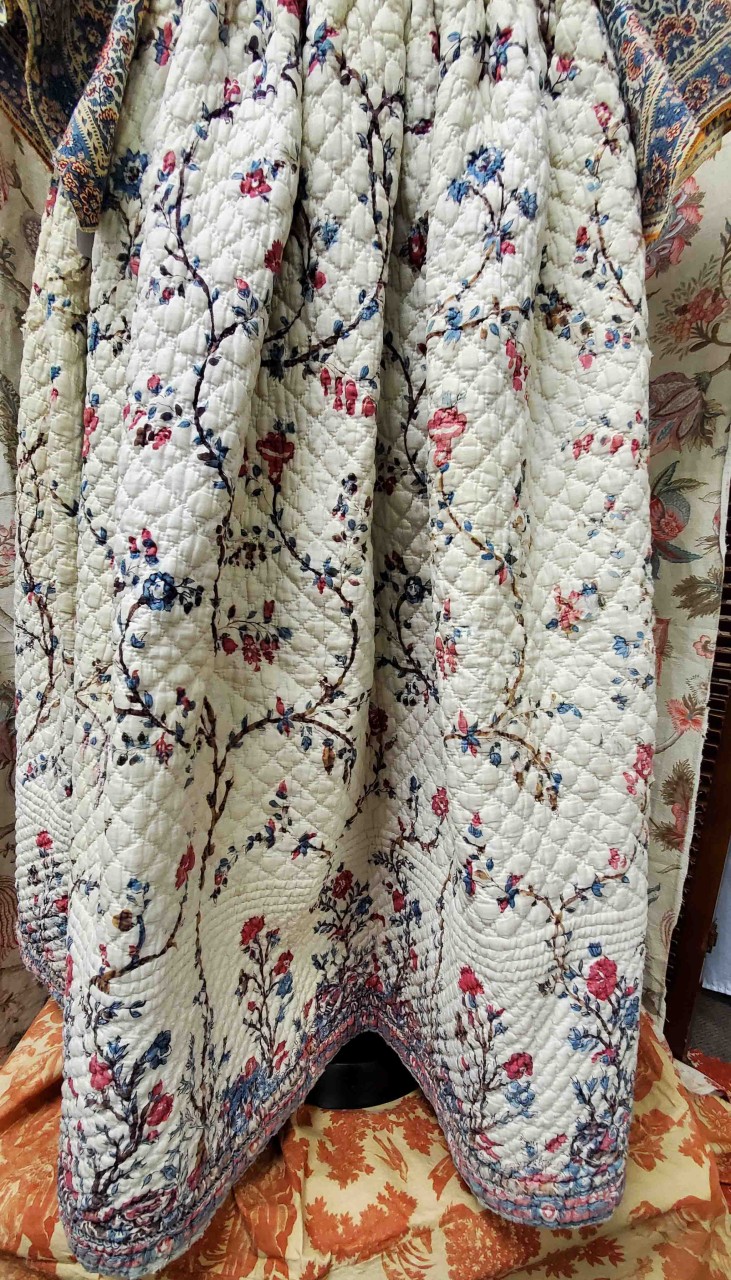 In 1734, a French officer M. de Beaulieu sent home letters and actual samples of chintz fabric at each step in the process to a chemist friend. (His letters and samples can still be seen today in the Museum National d’Histoire Naturelle in Paris.) In 1742, Father Coeurdoux (sent to convert the Indians to Catholicism) also supplied details on the chintz making process. 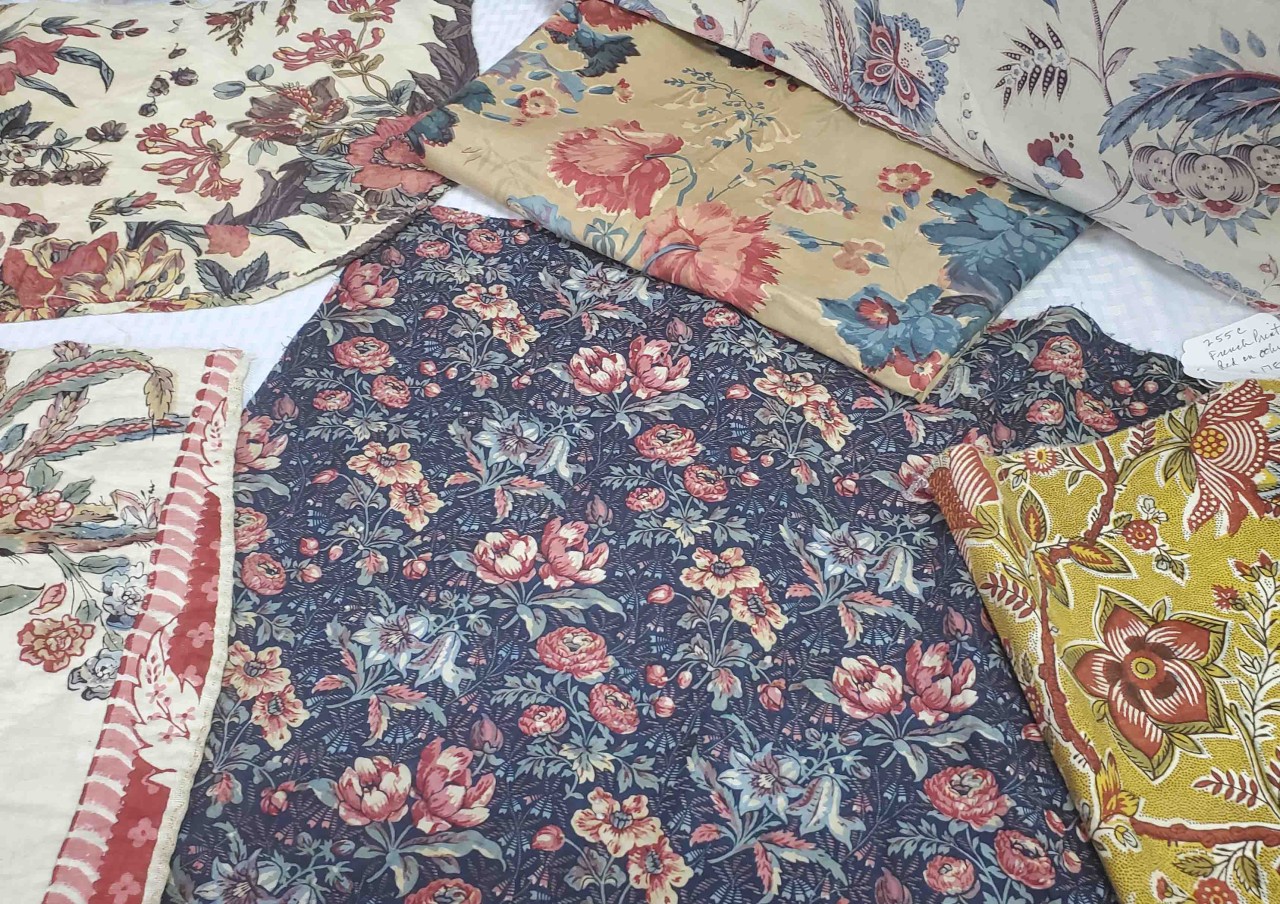 As the French fabric manufacturers developed techniques to print their own versions of fabrics, (sometimes copying, sometimes inspired by the original Indian fabric) they developed more economical ways to create the textiles. Instead of hand painting, block printing turned to copper plate, then roller prints. In 1759 the French ban on chintz was lifted, allowing for more of these glorious textiles to be available.