Star of Many Names 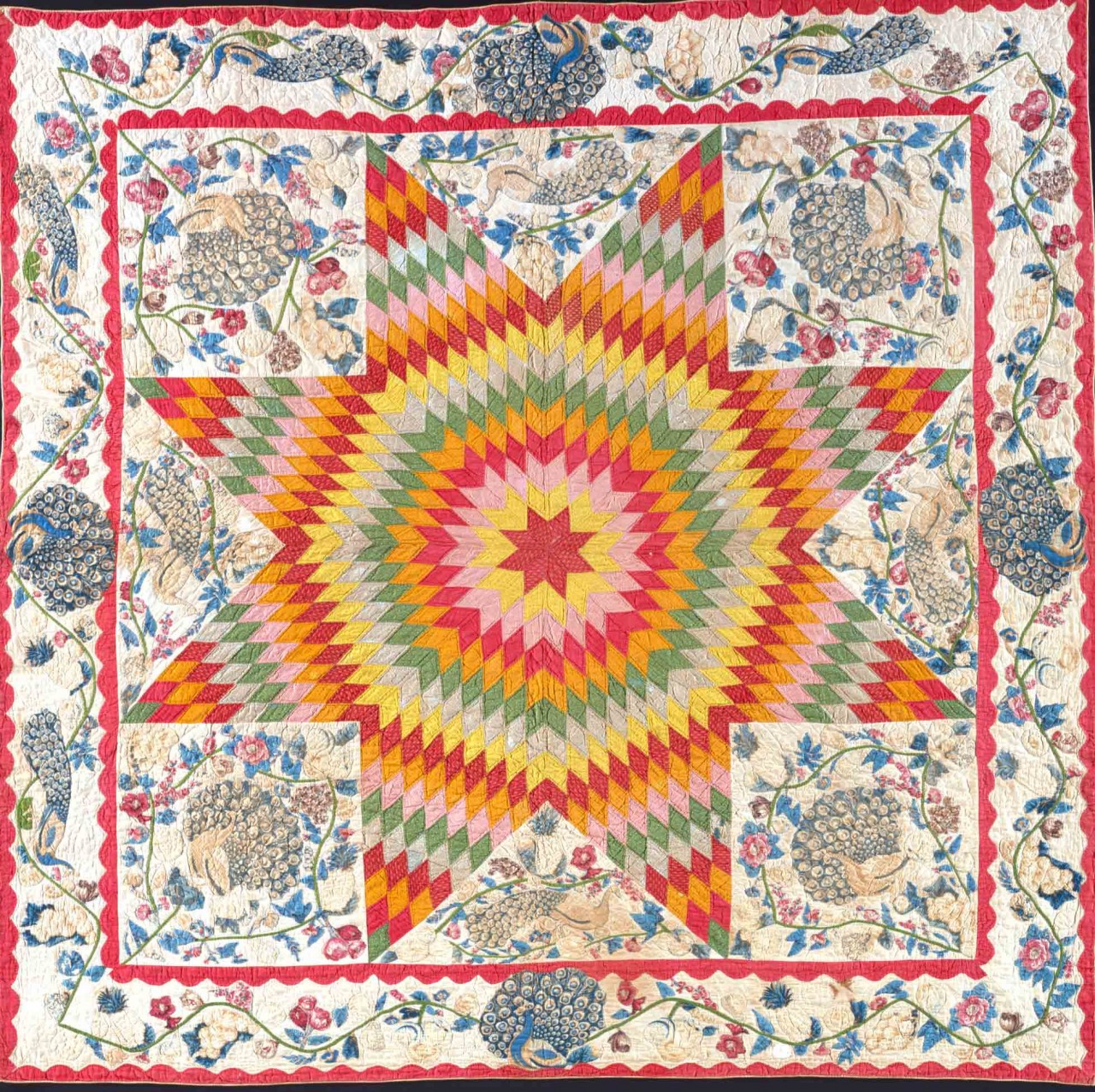 The large central star pattern in a quilt is usually associated with American patchwork, according to the V & A. Although the pattern has been found in other countries, so it isn’t exclusive to America. This pattern is considered one of the older quilt patterns. At this time, no date inscribed quilt using the large central star has been found in the early 19th century. However, dating quilts using the fabric provides many examples after 1820. 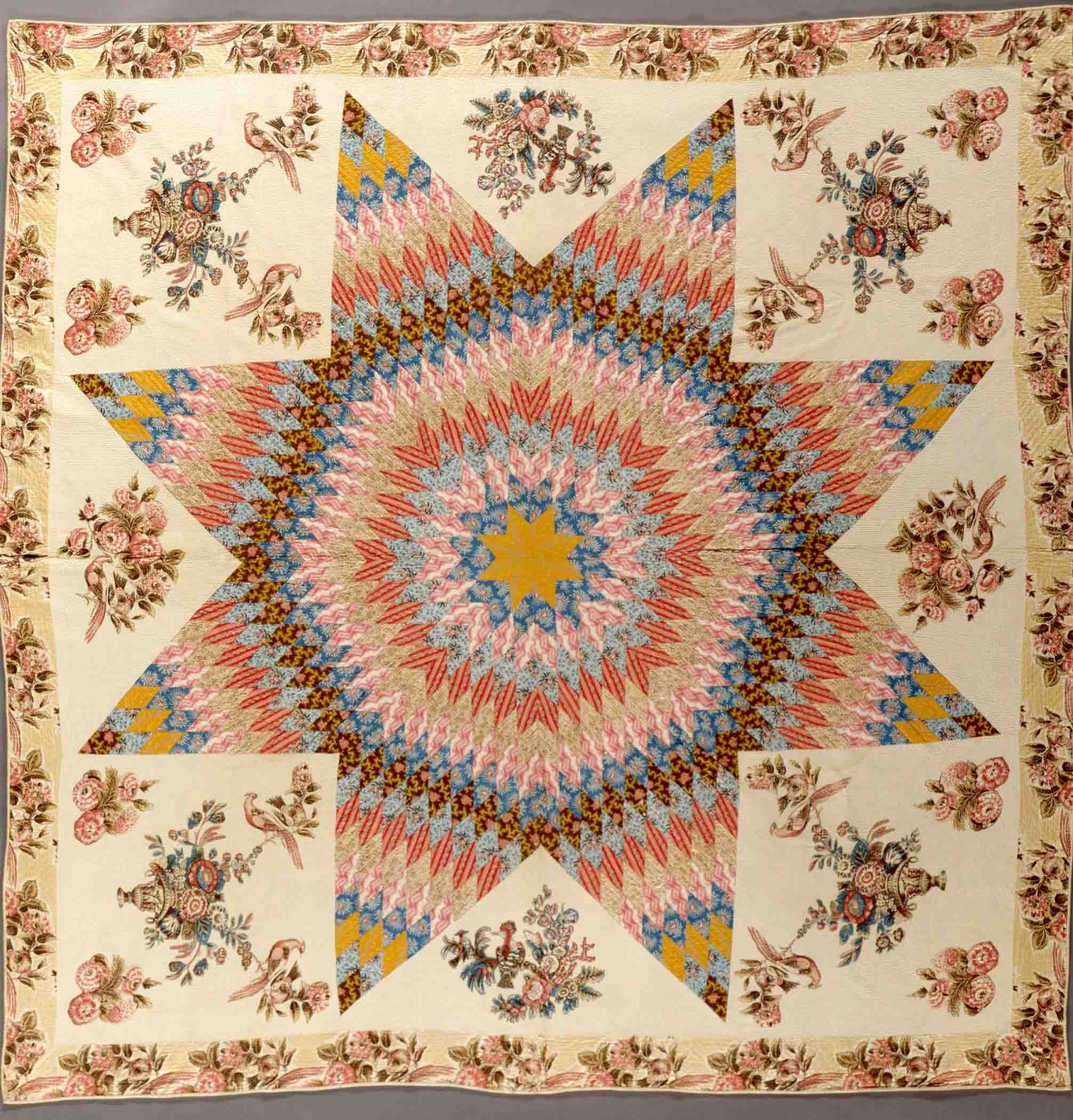 During the early period of the star pattern, the most frequent name used was Star of Bethlehem which was used throughout the United States. This name of course relates to the large star guiding the wise men to the town of Bethlehem to see baby Jesus. Mathematical Star was the early name used in England and the eastern coast of the US, particularly Baltimore. Early English paper piecing was pulled from early geometry books and classes and is probably the source for this name. This quilt pattern is based on the rhombus or diamond shape, two isosceles triangles reflecting each other and can be a mathematical challenge. 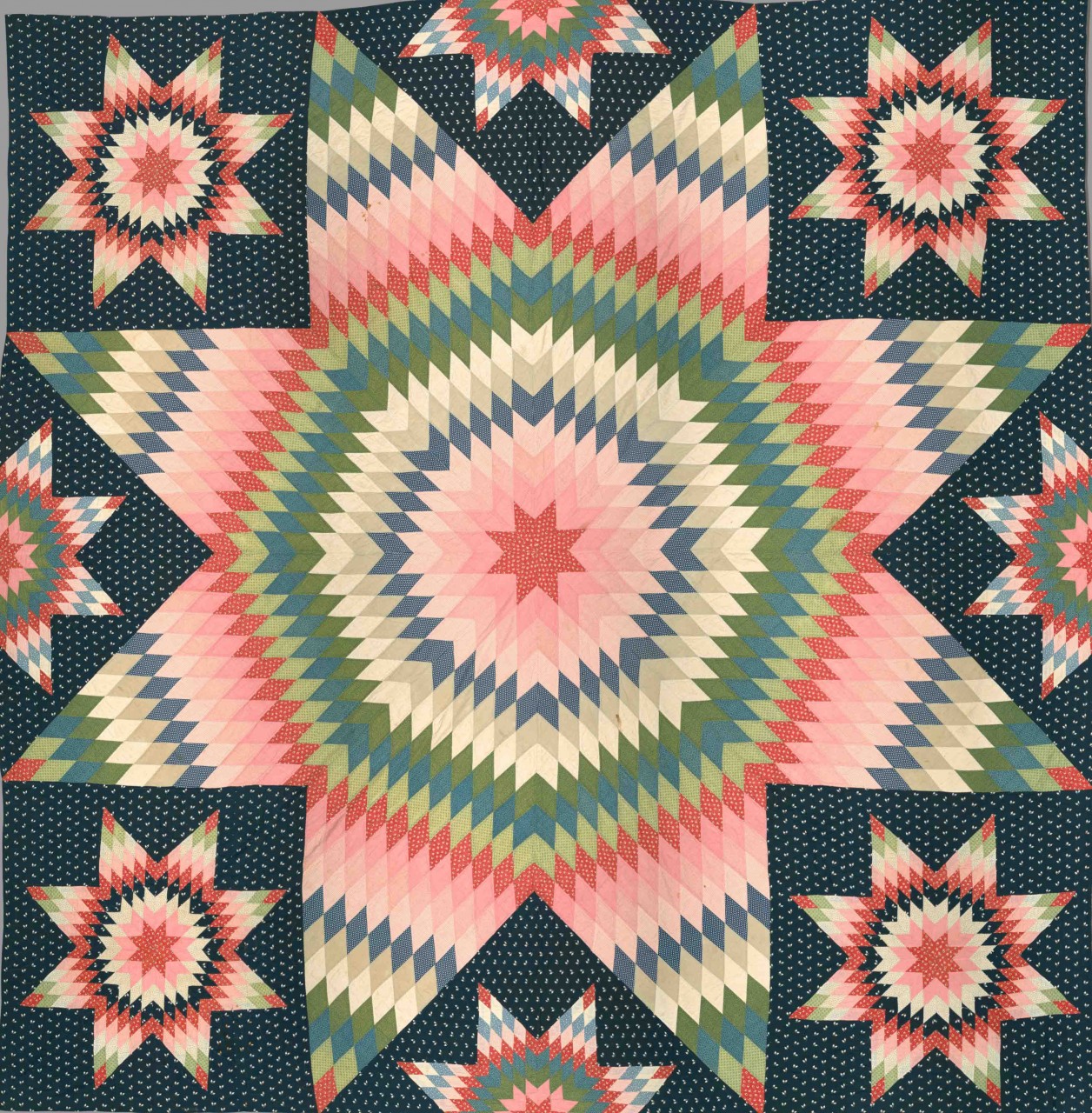 In Texas, the name of the quilt pattern became Lone Star, although use of the name appears to be AFTER the previously listed quilt names. The single star flag was initially adopted in 1839 in Texas as the national flag, but it wasn’t until 1845 that the flag became the “defacto” state flag. However, the state was officially flagless until the 1933 Lone Star flag law. Finally, the introduction of quilting by missionaries to Native American girls in boarding schools in the late 1800s led to the use of the name Morning Star which has cultural significance. (It commonly refers to Venus when it appears in the east before the sunrise.) This central star pattern, a favorite of mine would be beautiful by any name. 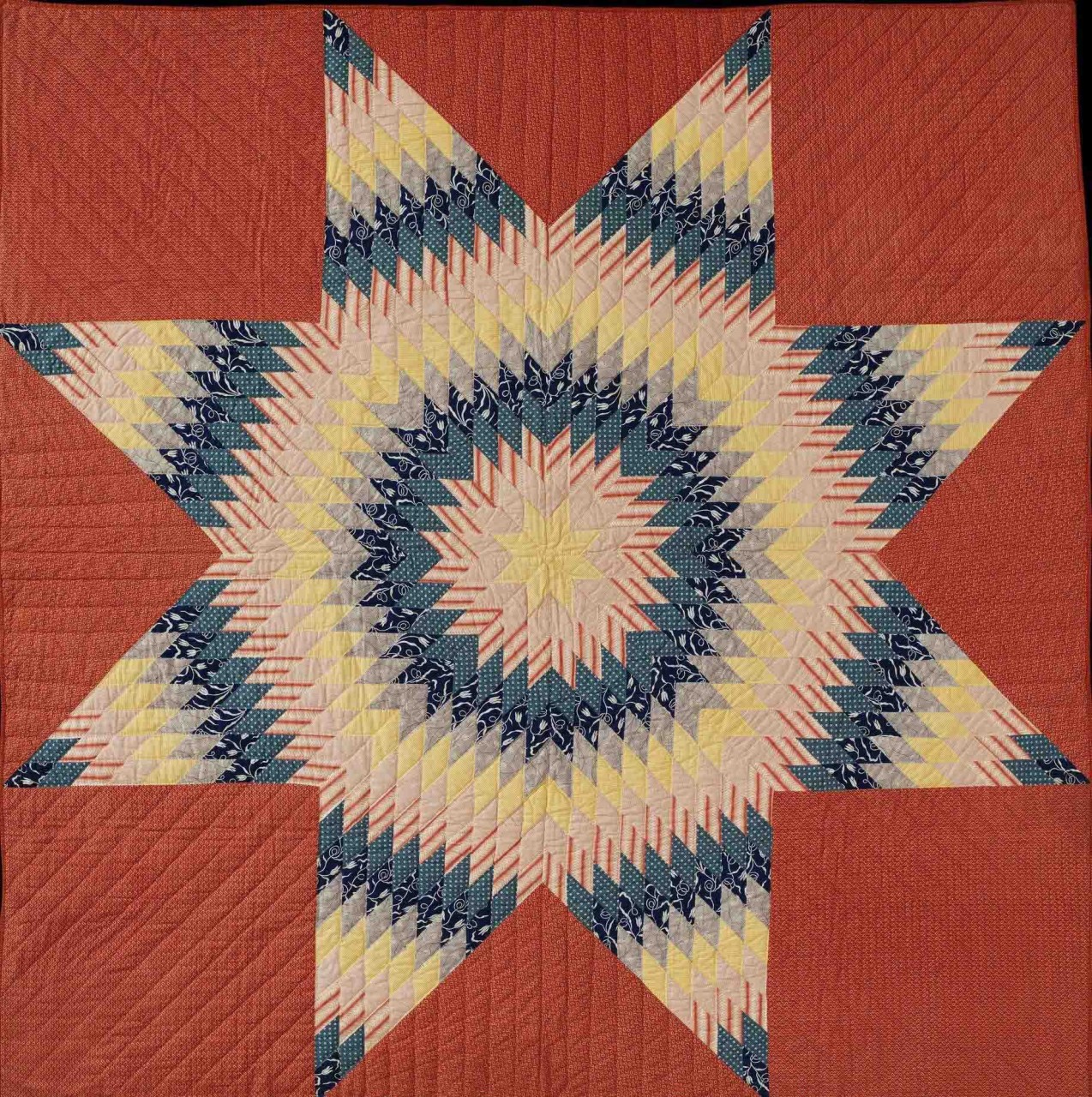