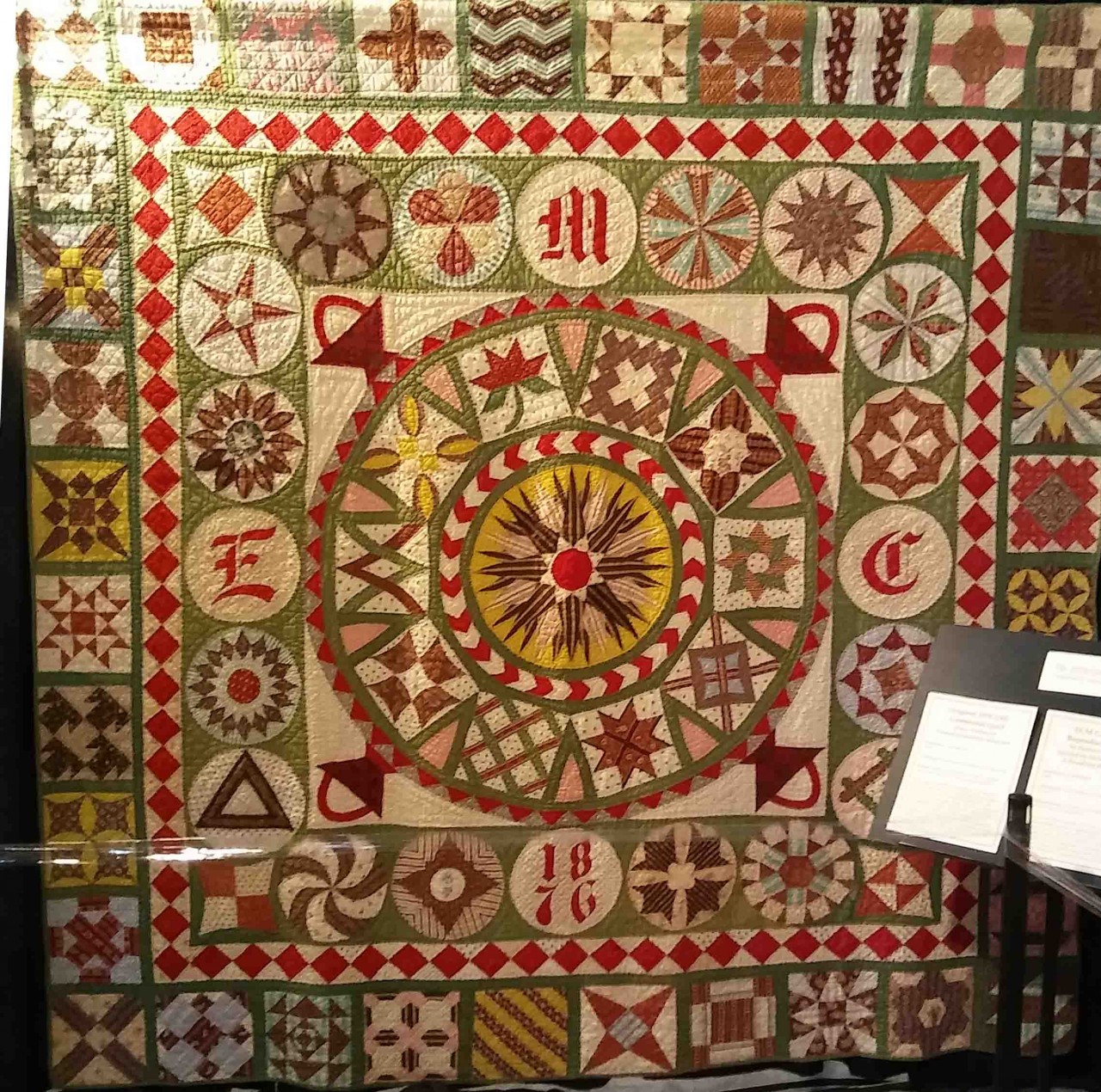 This beautiful quilt owned by Barbara Menasian was purchased in Connecticut with no other provenance than what was contained in the quilt “EMC 1876.” The quilt is a medallion style with the “Chips and Whetstone” as the center piece of the sampler. The center block is surrounded by seventy-four different patterns, many which are commonly known. However, the unique arrangement of borders was then separated by a different geometric pieced row. 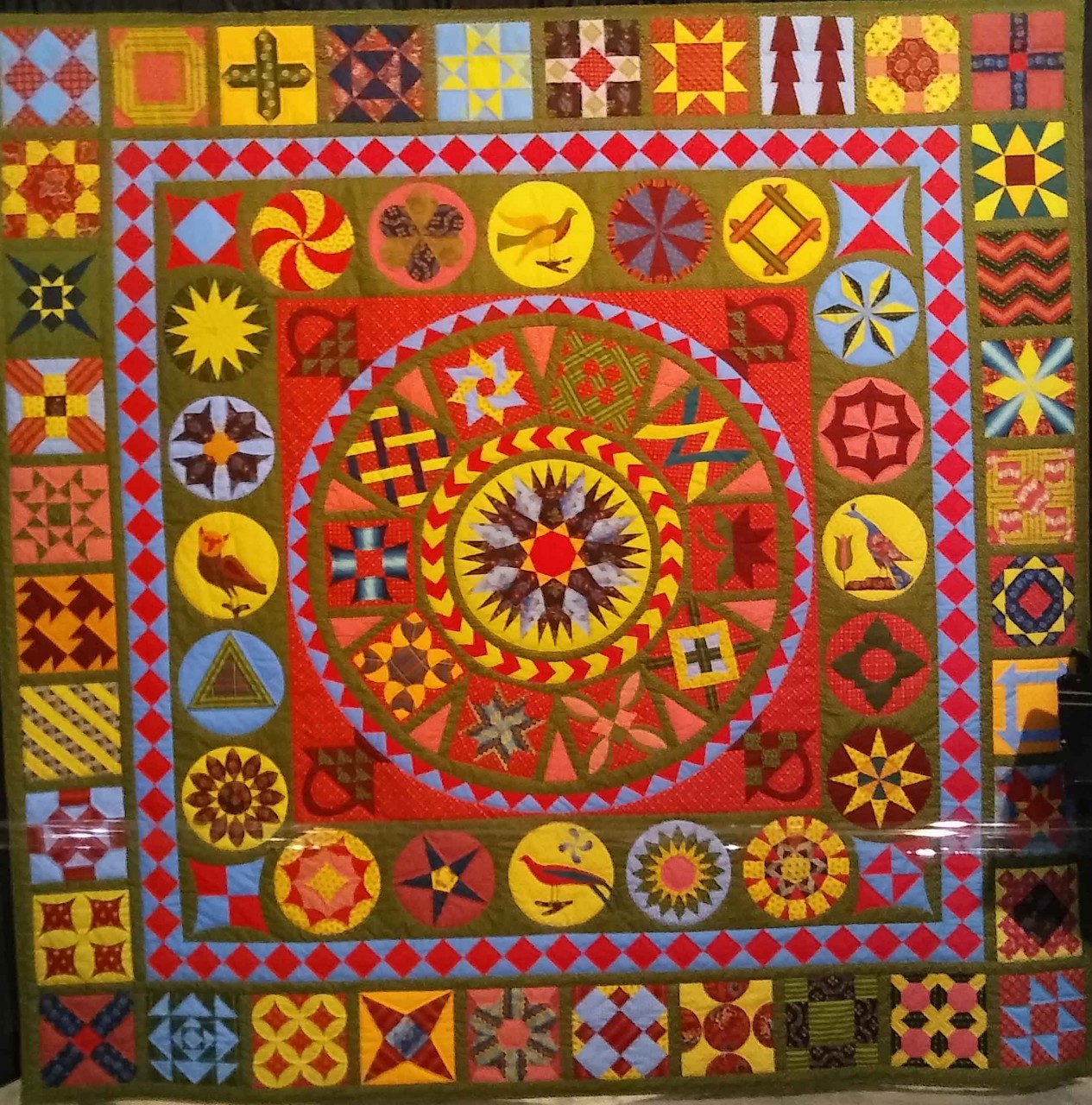 Karen Alexander ran across a photo of the extraordinary quilt in an online history forum. Inspired by the quilt, she secured permission from the owner for a group of quilters from Northwestern Washington to re-create the quilt. Anne Dawson a quilt shop owner and quilt restorer, drafted the intricate patterns to follow the original quilt as closely as possible. Anne then used reproduction fabrics to replicate the quilt. 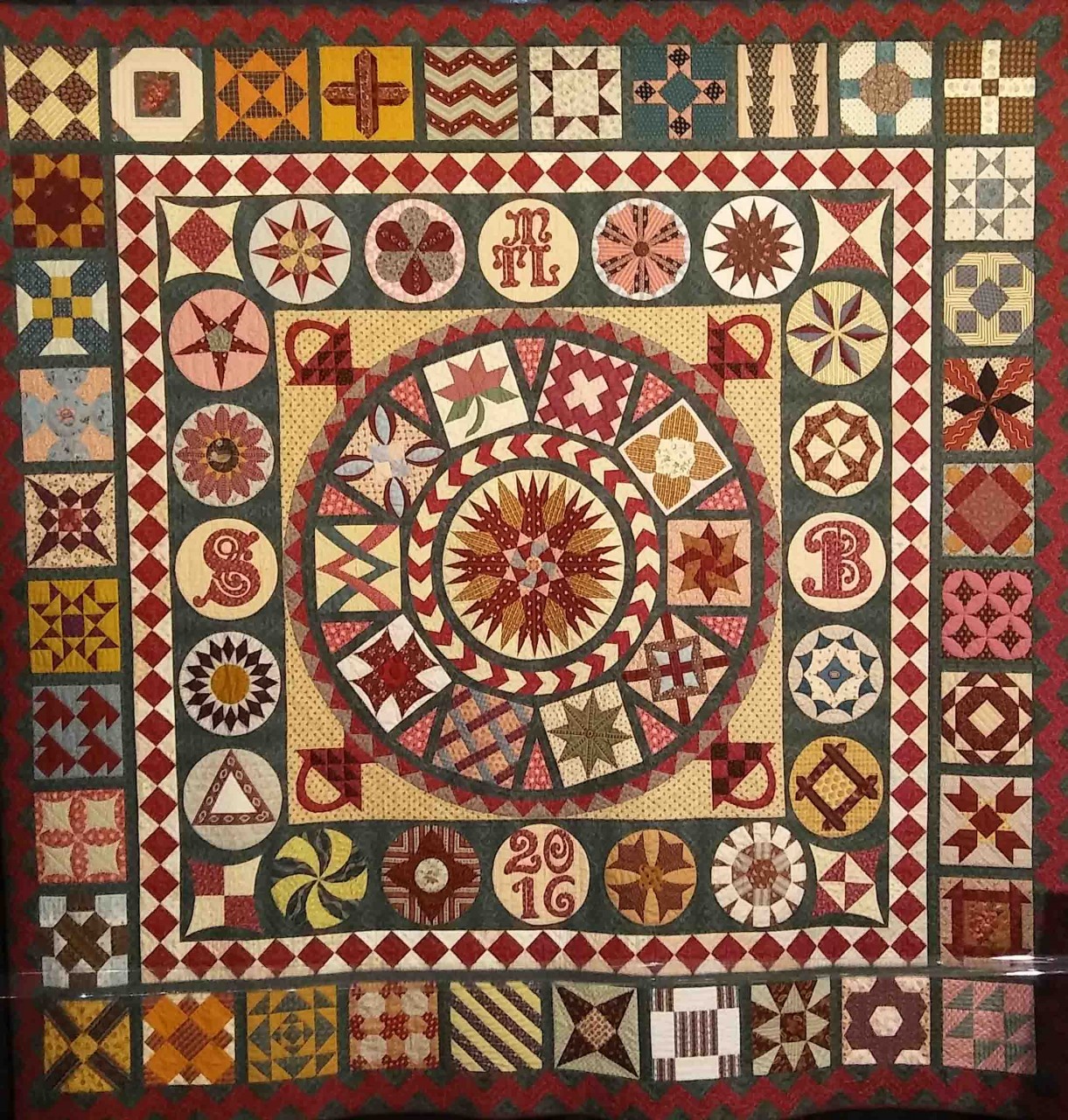 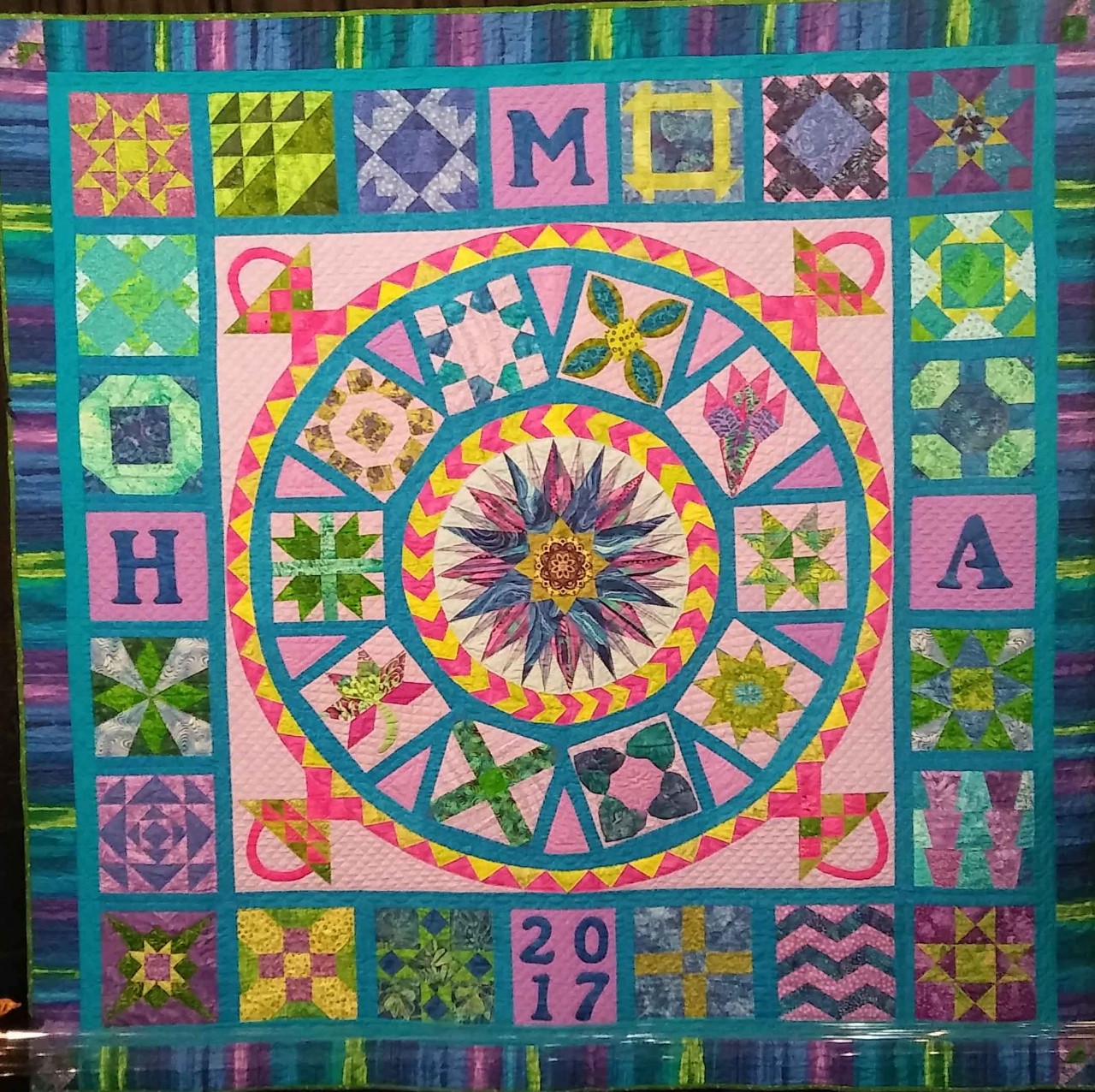