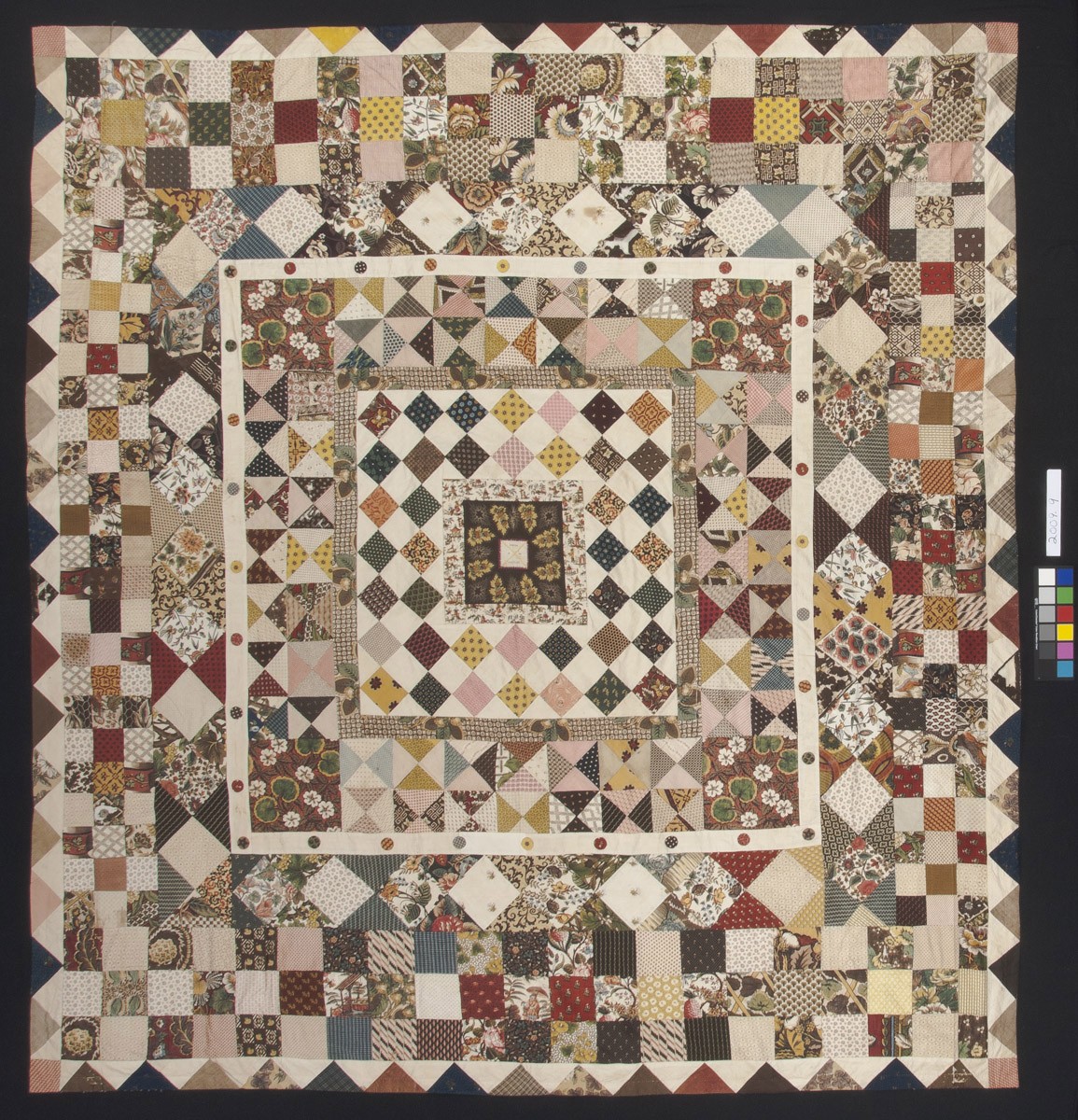 If you’ll recall, The Triplett Sisters were fortunate enough to have research time at Winterthur Textiles. However, that doesn’t mean there isn’t a lot to see just by visiting the Winterthur Museum, Garden & Library. The Galleries showcase the permanent collection as well as highlight themed exhibitions. The textiles in the galleries were amazing and are worthy of multiple blogs. I’ll try to restrain myself to two articles. 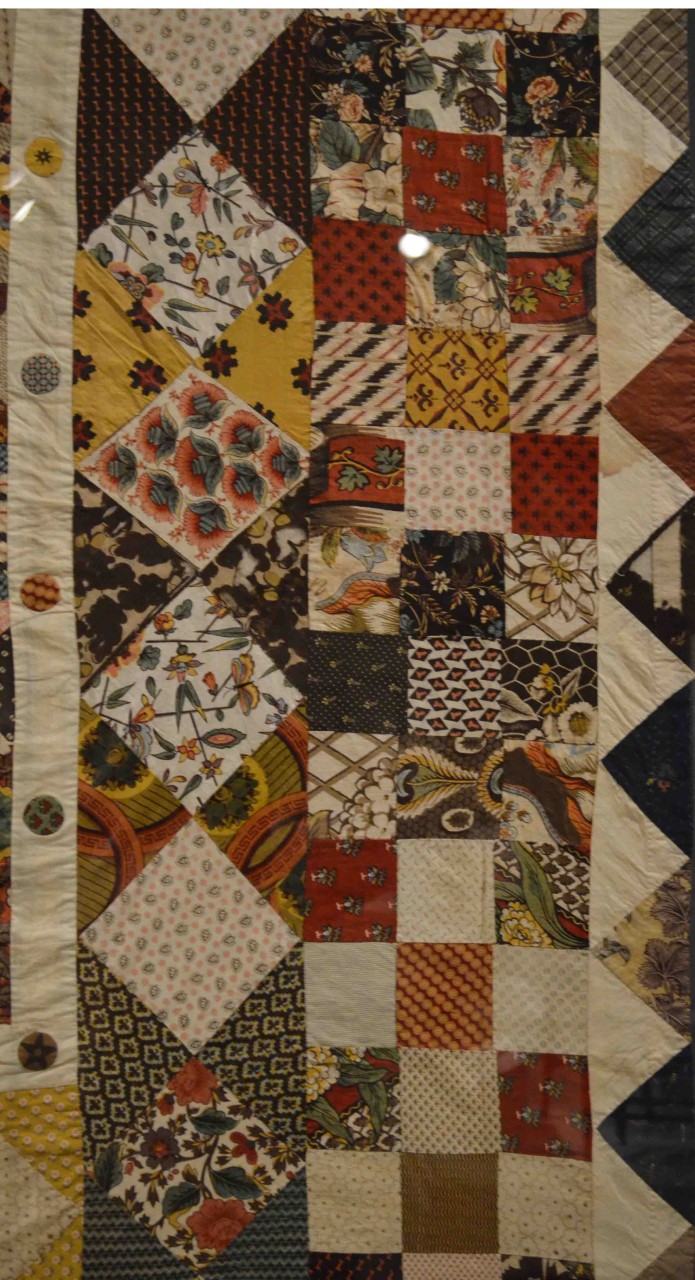 One Chintz quilt is worthy of a blog by itself, simply filled with wonderful fabrics. You’ll notice this article is filled with multiple images from the quilt. Sadly, neither my sister nor I took photos of the title card. We were simply captivated by the fabric contained in the quilt. However, to learn more about it, here is the link to the info about the quilt made by Joanna Southcott dated 1808. 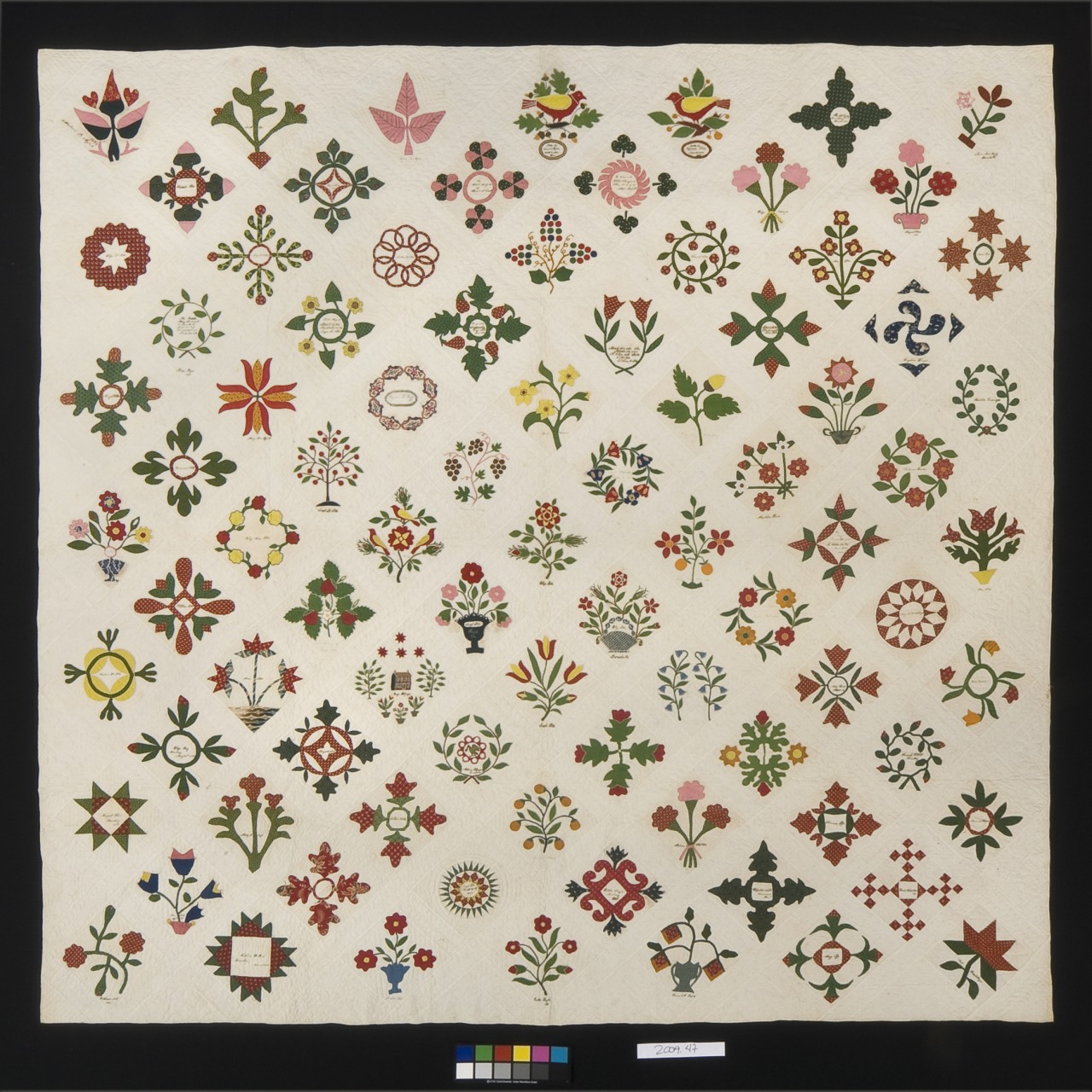 Another quilt, pieced in 1851 by Margaret Potts was not completed until 1858, the year she married. This album quilt is filled with unique blocks and difficult to read signatures. Thirteen of the blocks she made, one in memory of her sister. In 1886 when the quilt was given to her son, he carefully documented the blocks and the relationship of the name to his mother. Even her twin brothers each cut and sewed block with their names, at the age of 12.

A third quilt was collected primarily for the compelling history contained in the quilt. It was created in the early 1800s with a man’s cloak, allegedly from a British soldier captured during the Revolutionary War. Three amazing quilts which are only a few of the newly acquired textiles. Check out next week’s blog for Winterthur: Galleries, Part 2. 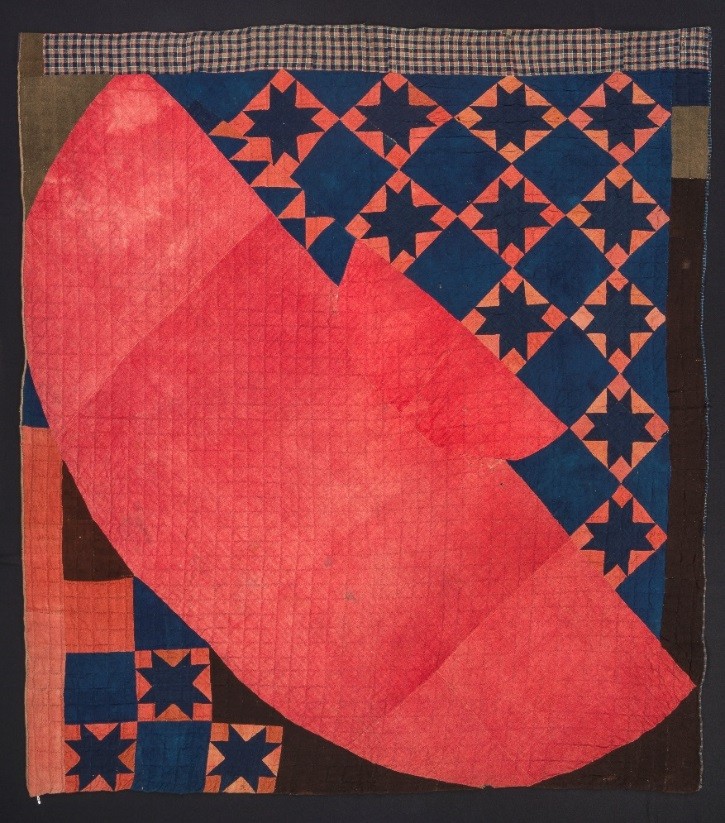