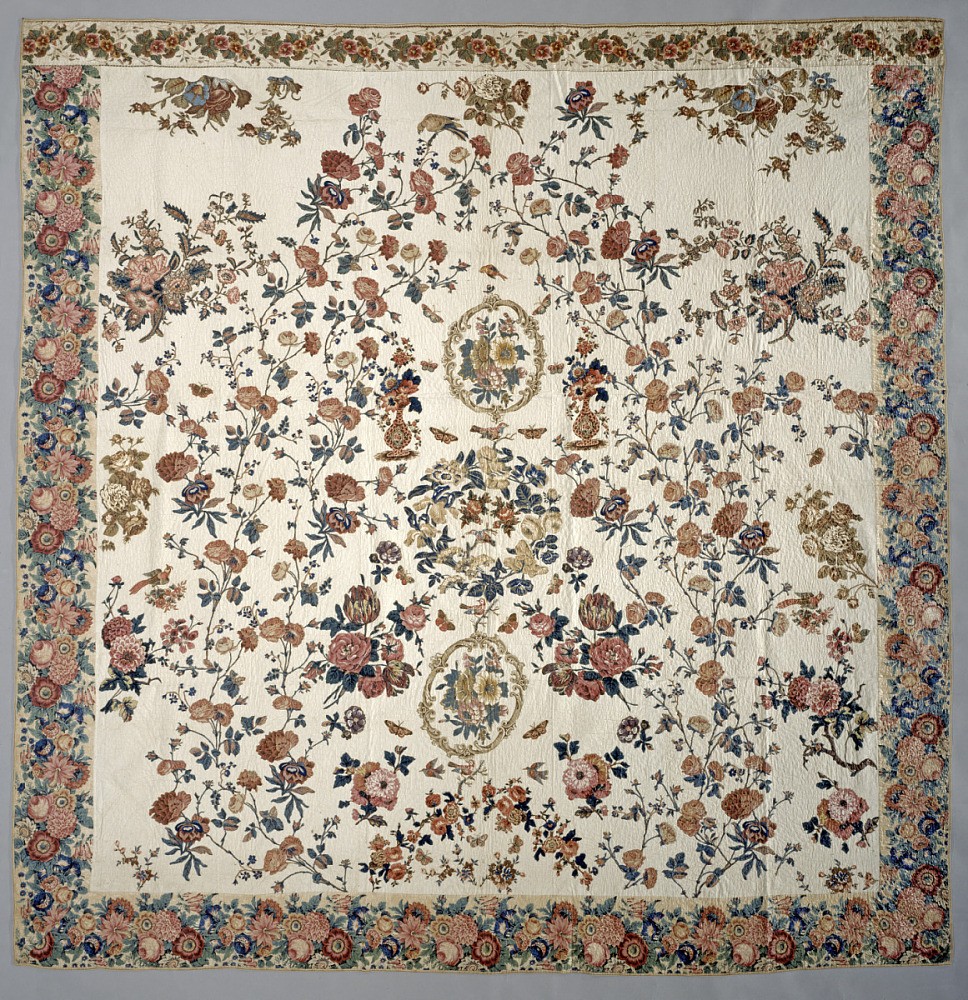 As I was auditioning some fabric for a new quilt inspired by a 19th century quilt, I considered some animal print fabric. It made me wonder when pre-printed textiles in animal prints were first used and when did these prints begin appearing in quilts. It was my hope to find research done by a diligent expert to answer my questions. Sigh, no such luck! 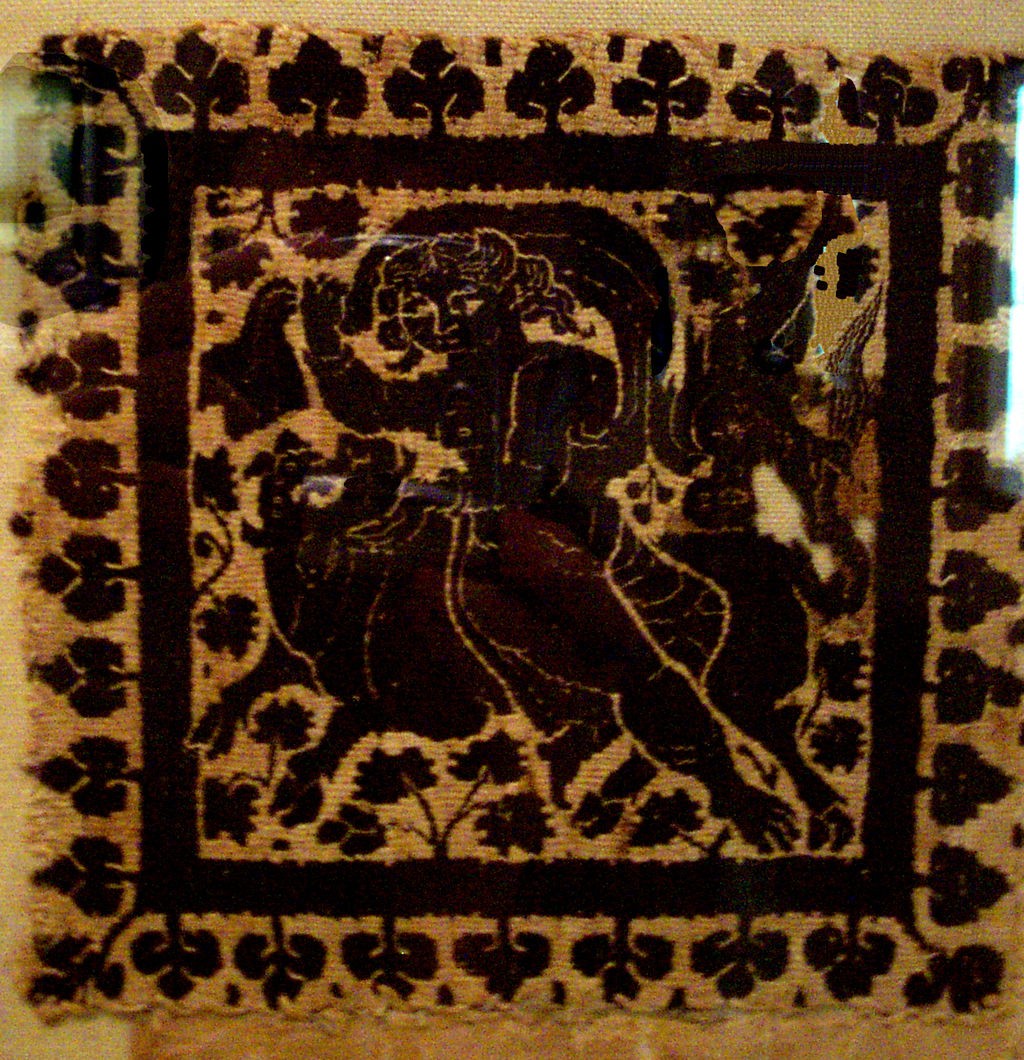 Society’s fascination with animals in art, can be traced back to cave art. As our early “culture” grew, we used animal skins for clothing, so no pre-printed textiles were needed (or available for that matter!) As the textile industry began, we see birds and animals depicted. Early Palampores show all manners of creatures including birds, mongooses, lions, tigers and…feet. (Yes, one Palampore even features feet, the human animal, because the Palampore was made for a man whose name was foot.) 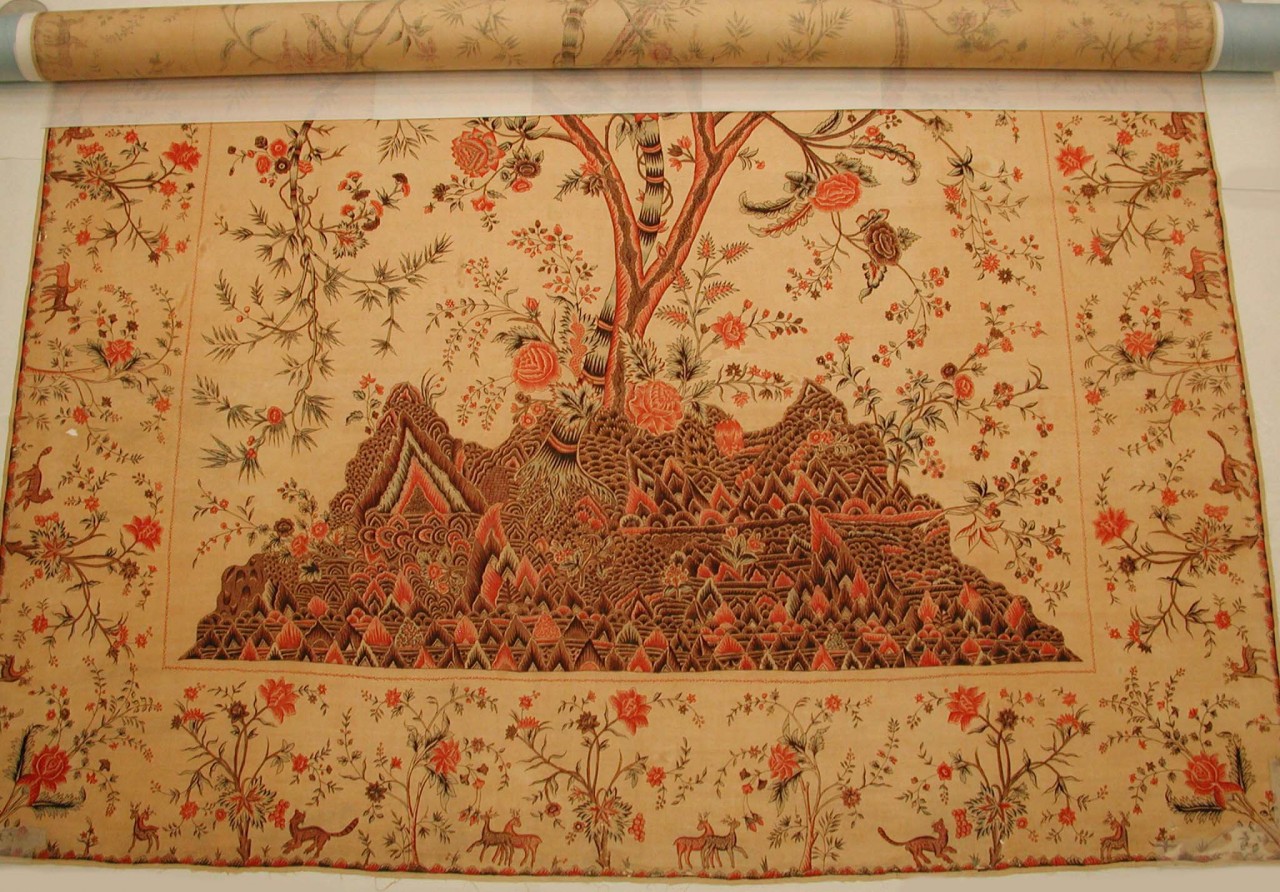 In the art print world, animal illustration reach a height from 1600 to 1900 during the era of exploration. It was also period where the use of animal skins moved to more decorative rather than functional. Giraffes or Cameleopard’s as previously discussed in the blog played an important role in textiles, but what about the fabric of spots? Barbara Brackman explored what she called a “cheetah patterned vase” fabric found in multiple quilts. It did make me wonder if it was perhaps really a Cameleopard patterned vase? Since the vase fabric appears during a period of Giraffe popularity. 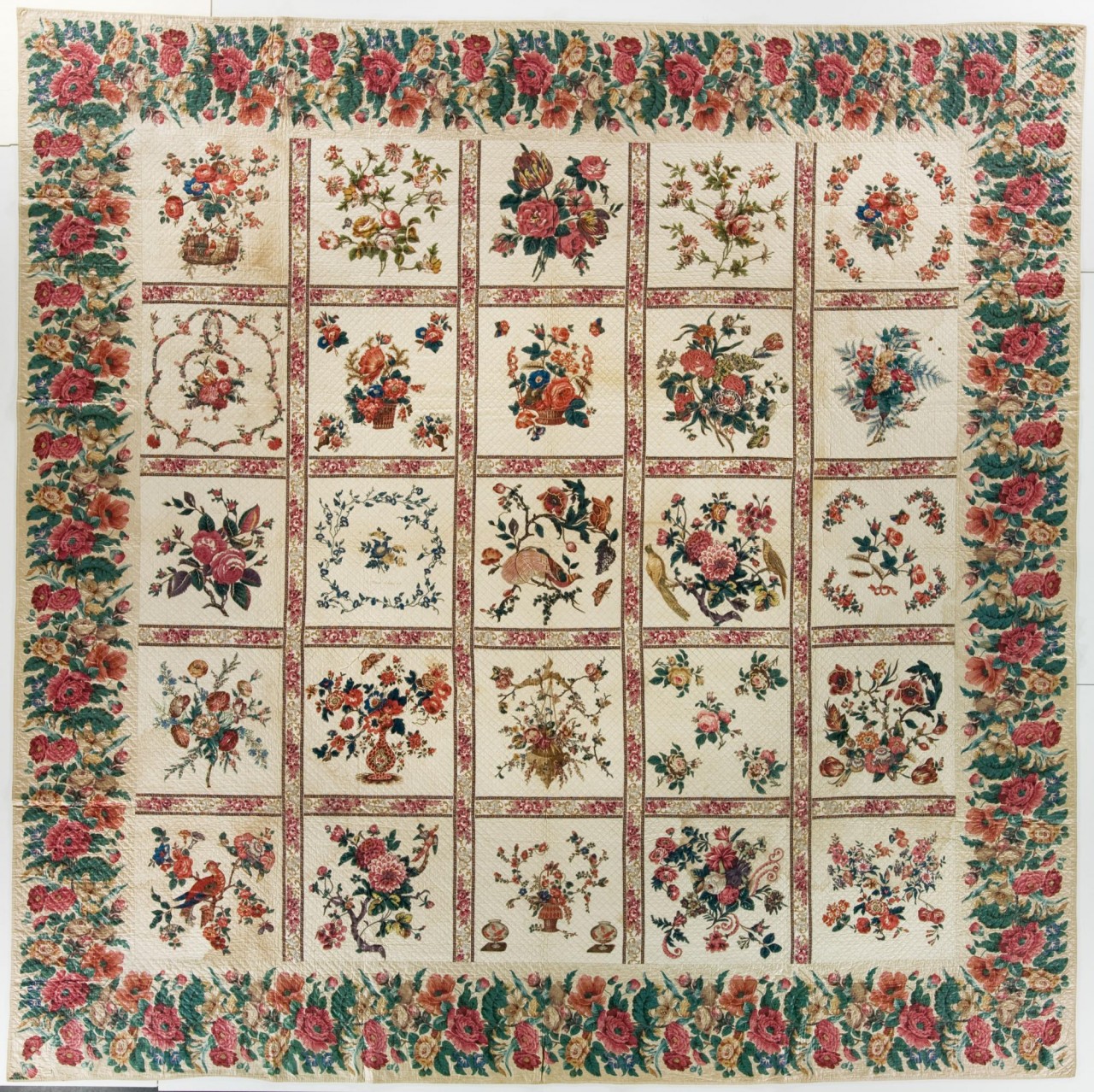