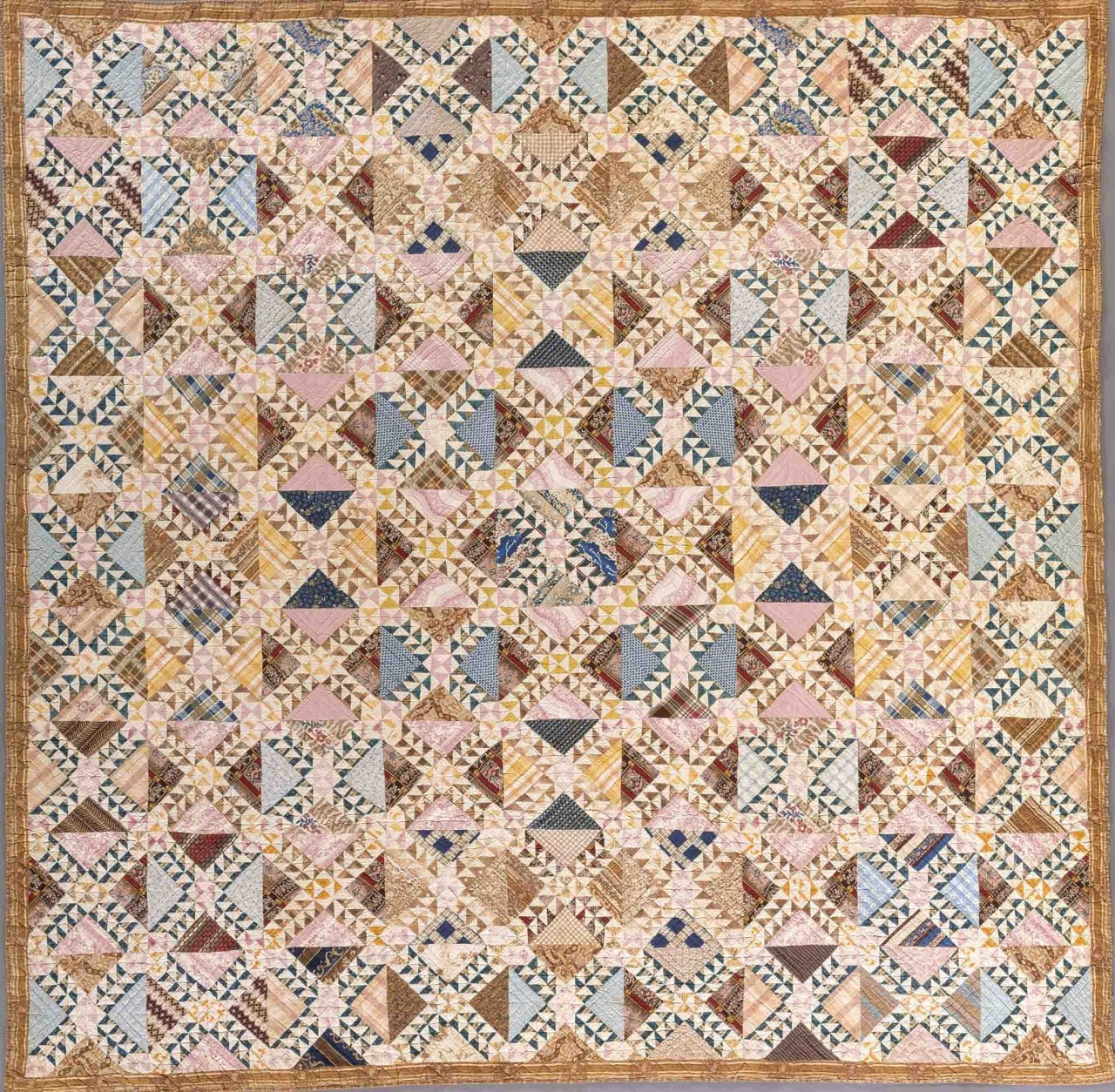 Because we research indigo for our books and more, we tend to write about indigo, instead of Prussian Blue. However, as we continue to focus on dyes, it is important to include Prussian Blue, an extremely popular dye of the 18-19thth century. Prussian blue was “invented” in 1704 by Henrich Diesbach in a laboratory. I used quotations around the word “invent” because it was actually a mistake made when trying to create the red color of Florentine Lake. The inventors quickly retraced their steps to create one of the more popular blue pigment and dyes. 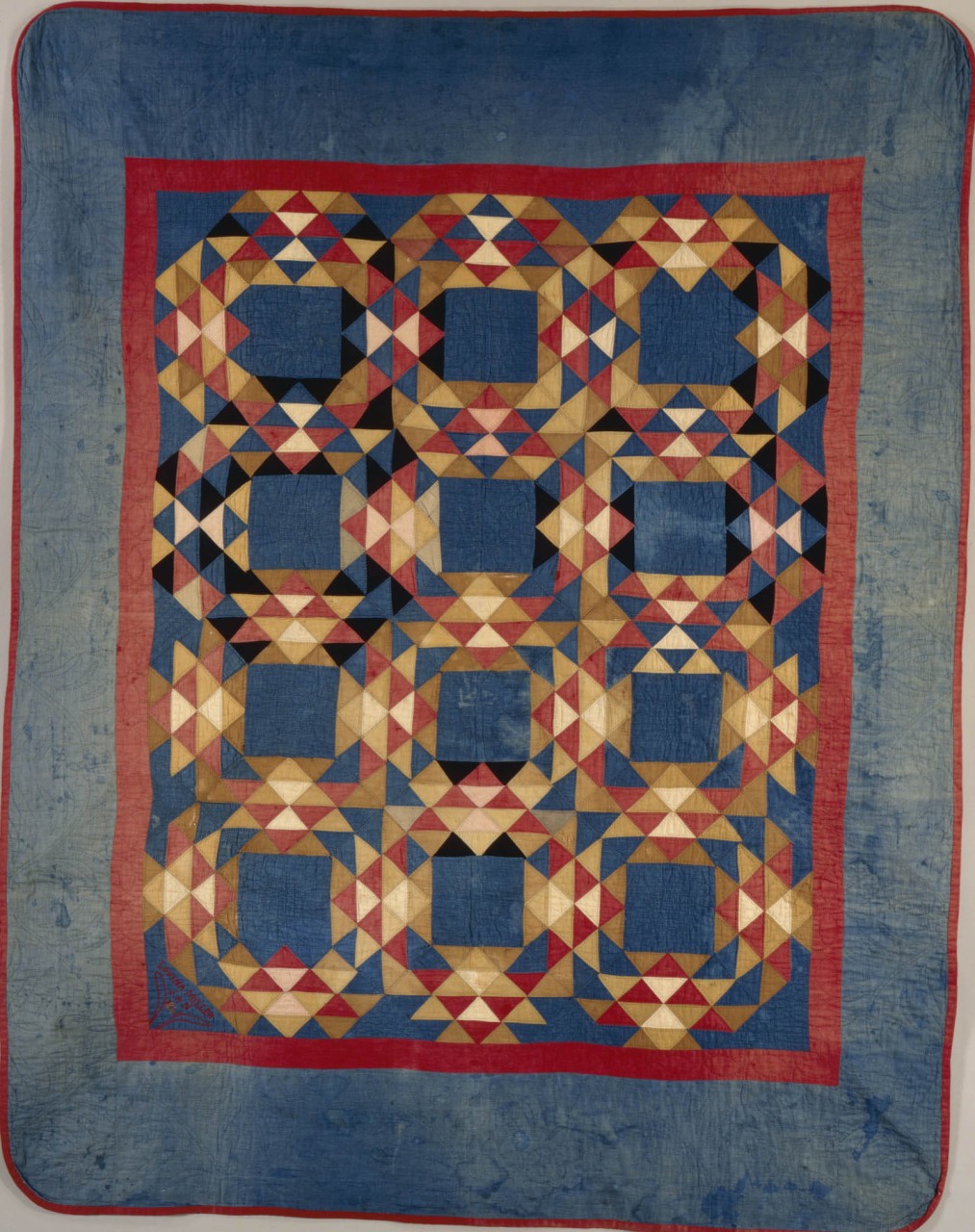 Prussian blue was much easier to work with in textiles than indigo and could be used in a variety of printing processes. Sadly, it does turn brown if exposed to heat or in the presence of alkalis. So, one way to tell the difference between indigo and Prussian Blue is the presence of “browning” as the fabric ages. Prussian Blue was also more economical to make, and the color was popular. 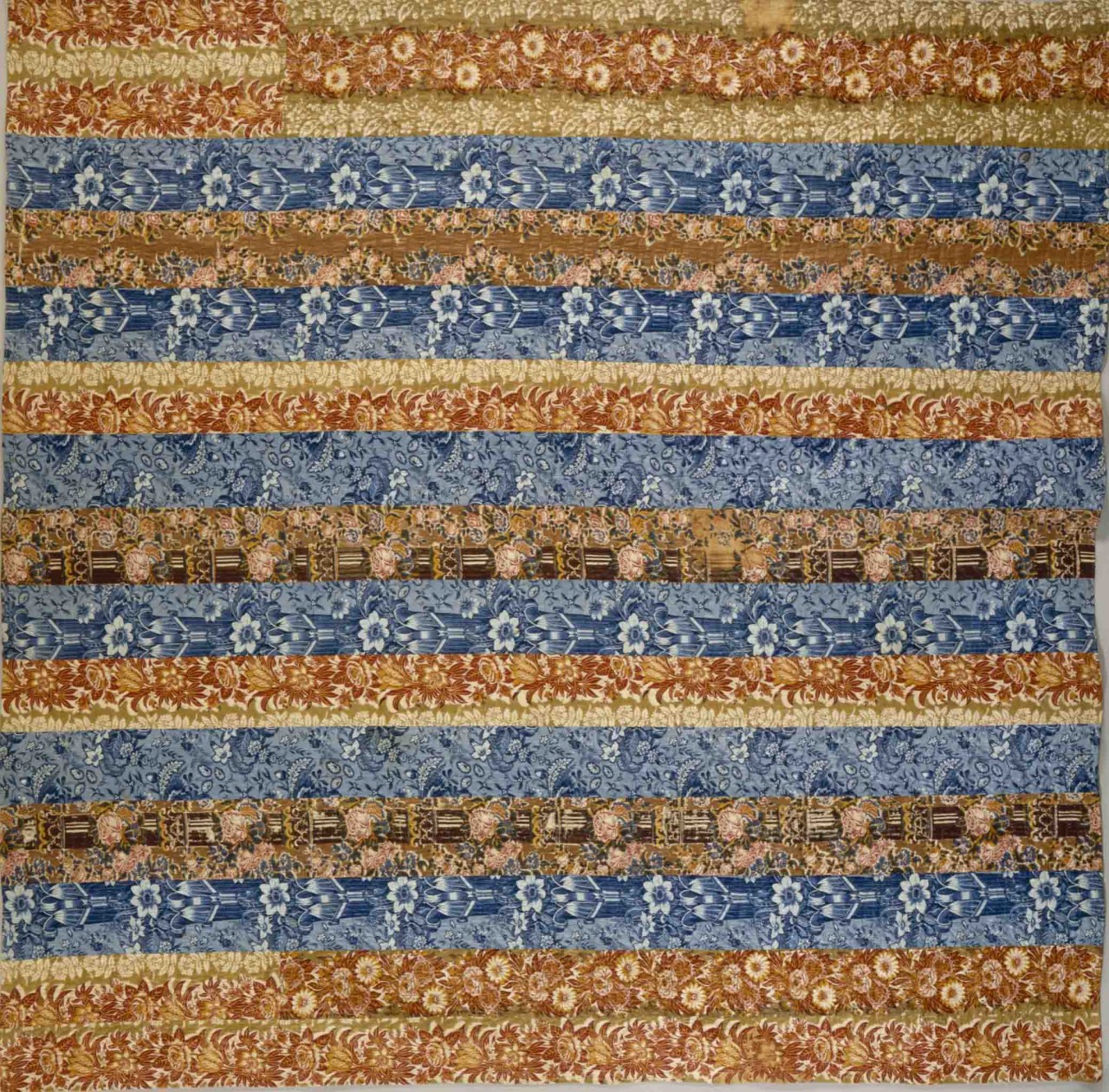 In fact, the color remains popular and is requested by quilters, particularly those that like reproduction fabrics. Which is why I’m excited to announce that we are producing a reproduction Prussian Blue Stripe found in the Quaker Woman’s Sewing Suitcase. (Here’s the link to the blog if you’d like to re-read or learn about the suitcase.) A huge thanks to Anne Varley for allowing us to reproduce the fabric. Naturally it coordinates with our upcoming Bird in a Basket Pillar Print. Stay tuned for details about the Bird in a Basket Quilt Challenge. 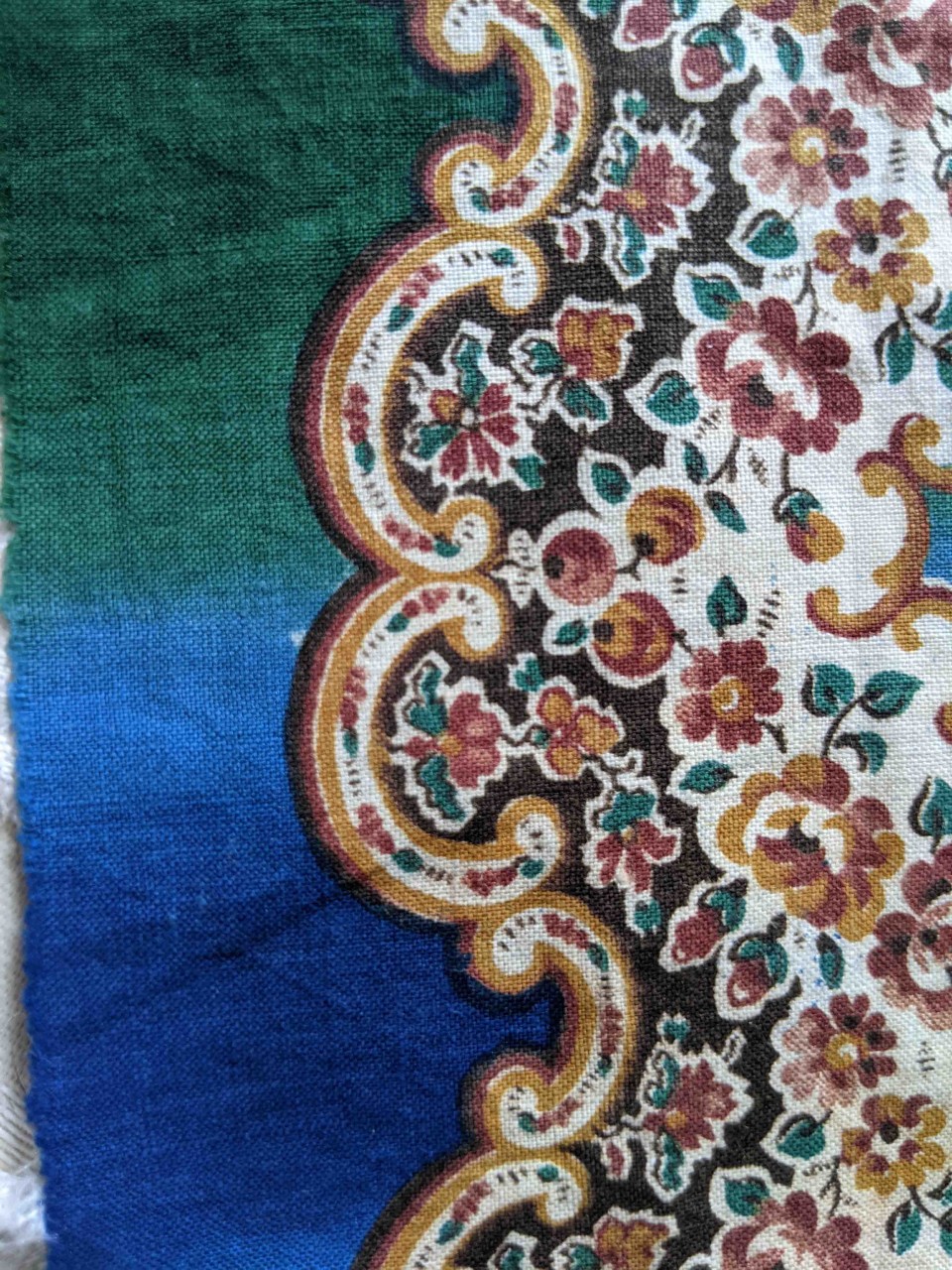